The Cross Island Line (CRL) is one of the most highly-anticipated MRT lines in Singapore.

It will be Singapore’s eighth MRT line and will have 32 stations in total when completed. The 50km MRT line will open in three phases, and will connect the eastern and western parts of Singapore from Changi to Jurong Industrial Estate, while passing through housing estates such as Pasir Ris, Ang Mo Kio, Hougang and Clementi.

Phase one of the Cross Island Line (CRL1) is set to be completed in 2029. The 29km-long CRL1 comprises 12 MRT stations and is expected to benefit over 100,000 households across Loyang, Tampines, Pasir Ris, Serangoon North and Ang Mo Kio.

One of the top considerations when it comes to buying, renting or investing a property in Singapore is whether it’s close to an MRT station. This is unsurprising, given the fact that  many in Singapore rely on public transport to get to work or school.

According to a study, residential property prices within 400m to an MRT station could fetch 13.2% higher on average than those further away. This is known as the ‘MRT effect’.

So, if you’re currently living in one of these condos, or looking to rent/invest in a condo near a future CRL MRT station, keep reading for our list of 10 condos that are within 1km (or slightly more) of the upcoming CRL1 stations.

Disclaimer: The prices of these condos are accurate as of the time of writing. Please check the property listing sites (linked below) or developers’ sites for the latest information. 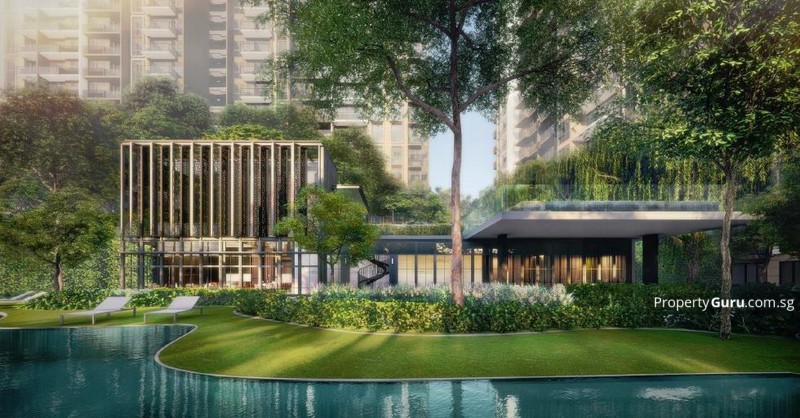 But once construction of the Loyang MRT station is completed, you will enjoy even nearer access to the MRT network and can expect to see connectivity to key areas like Hougang, Serangoon and Ang Mo Kio. Additionally, the Bright Hill MRT station will be an interchange station that connects the CRL with the TEL. 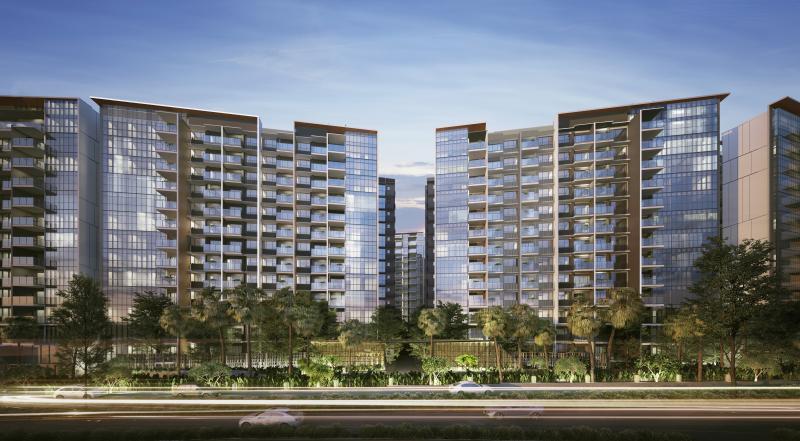 If you are familiar with the area or have looked up Affinity at Serangoon on a map, you’d probably notice that there isn’t exactly a nearby MRT station.

The ‘closest’ MRT stations around Affinity at Serangoon are currently Lorong Chuan MRT (2.7km), Kovan MRT (2.5km) and Serangoon MRT (2.2km). Seeing as they’re all over 2km away, even the nearest Serangoon MRT station will require a 7-minute walk or 21-minute drive to get there.

Needless to say, when Serangoon North MRT station is completed in 2029, getting to the station will take you only 3 minutes by car and 13 minutes by foot.

From Serangoon North MRT station, you have two main routes to the CBD; switch over to the North-East Line (NEL) at Hougang MRT (which is one stop away), or travel two stops to Ang Mo Kio MRT station and hop onto the North-South Line (NSL). 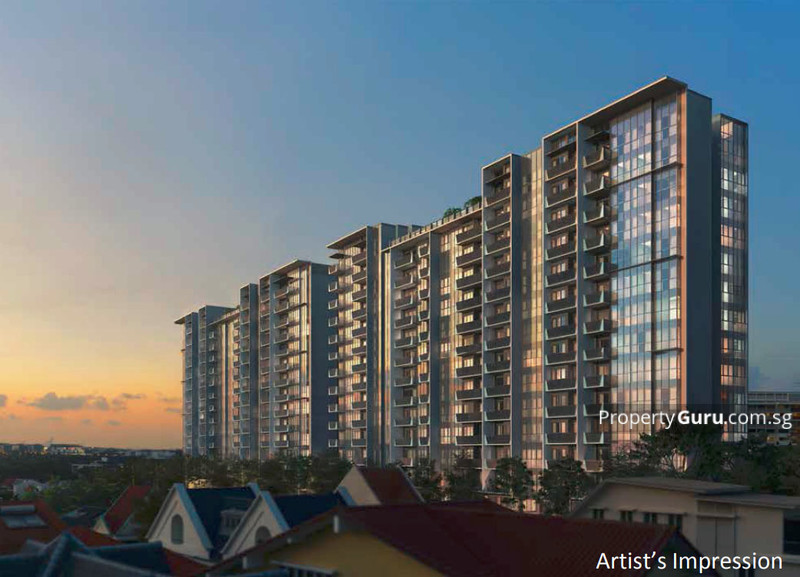 Another condo that will benefit once the Serangoon North MRT station is completed is The Garden Residences. Currently, the closest MRT stations around are Kovan MRT (2.7km), Lorong Chuan MRT (2.8km) and Serangoon MRT (2.3km), which like for Affinity at Serangoon, aren’t exactly near. Accessibility for future residents however, will greatly improve once  Serangoon North MRT station is up, after which it will only take 3 minutes by car and 12 minutes by foot to the station.

Tip: Shopping for a new home? Then it’s time to work out a feasible budget and compare home loan interest rates. For more personalised advice, PropertyGuru Finance’s home finance advisors can help (and for free, too!). 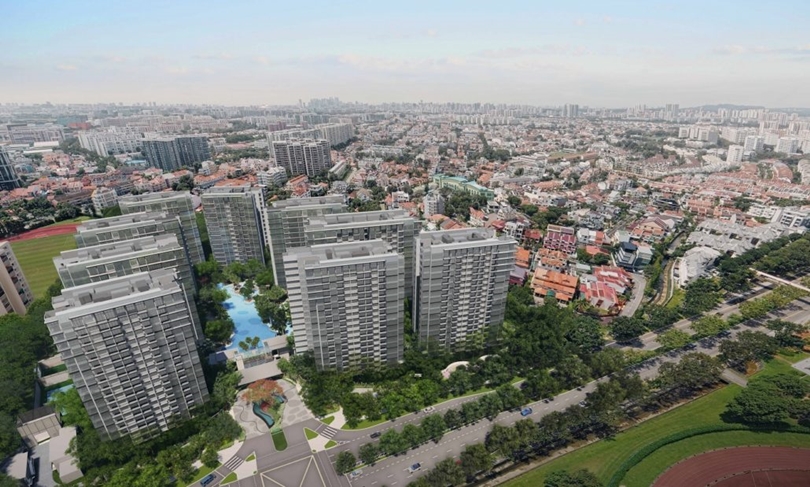 Residents of The Florence Residence are already blessed with the nearby Hougang MRT station, located only 600m away and within walking distance to Hougang Mall and nearby amenities and eateries. Even more conveniently though, the Hougang MRT station will be an interchange connecting the CRL with the NEL.

This means that not only residents already have easy access to Punggol, Little India and Dhoby Ghaut, but getting to Loyang Aviation Park in the East as well as Ang Mo Kio and Upper Thomson areas will also be a breeze in the near future. 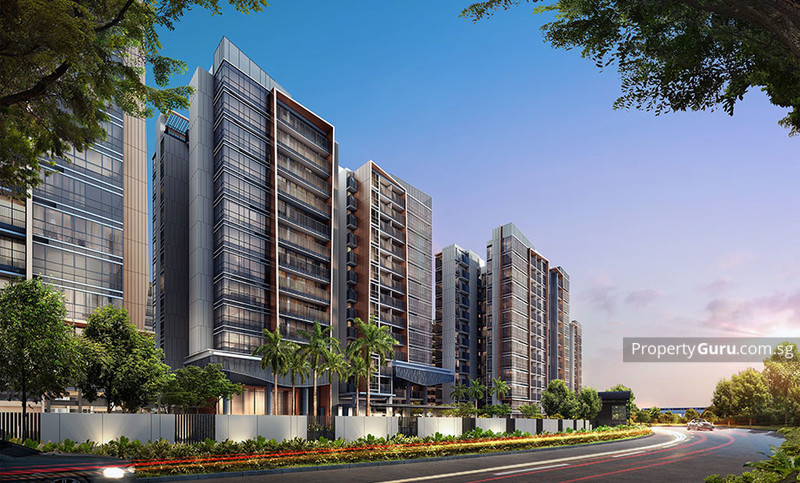 Coco Palms at Pasir Ris Grove is just 550m away from the Pasir Ris MRT station, a future interchange station for the CRL and East-West Line (EWL), connecting residents to the western and central areas of Singapore.

The MRT Station is also located in the White Sands Mall, meaning residents of Coco Palms have a good choice of retail and dining options. 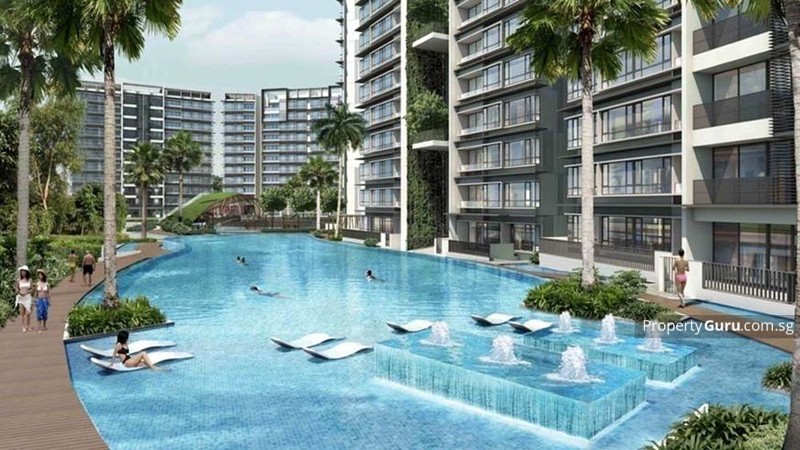 Residents of D’Nest will know the pain of living in Pasir Ris, which is quite far east. If you want to get to areas such as Ang Mo Kio, Hougang and Serangoon North, you would need to make a zillion MRT interchanges.

However, like Coco Palms above, commuters can look forward to the upcoming Pasir Ris MRT interchange station on the CRL, which will improve the accessibility of Pasir Ris and commuters will have more options to travel to other parts of Singapore. Residents of Parc Vera will be happy to know that the development will be minutes away from the Defu MRT station on the CRL, which will connect to the existing Pasir Ris, Hougang and Ang Mo Kio MRT interchange stations. Bright Hill MRT station will also be an interchange connecting the CRL with the TEL.

Additionally, Hougang MRT station is also only 1.3km away. As an interchange station for NEL and CRL, you can commute to areas like Punggol, Dhoby Ghaut and Harbour Front.

Thomson Grand is one of those condos that is not near any existing MRT station (the nearest is currently Marymount MRT, which is about 2.8km away), but will benefit in the coming years as the condo will be only 650m from the Bright Hill MRT station.

Via the Bright Hill MRT station on the CRL, you can travel to areas such as Ang Mo Kio, Hougang, Tampines and Changi, the last of which makes it easier to get to Changi Airport if you need to catch a flight. 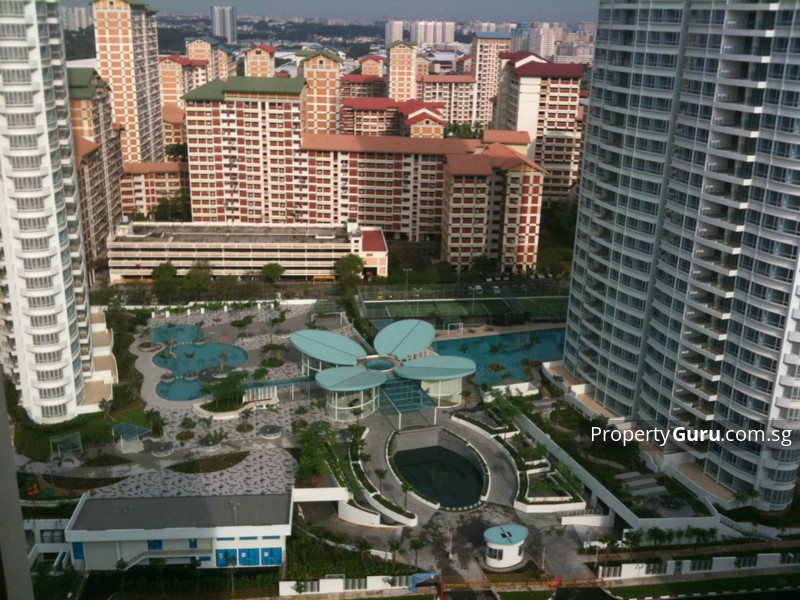 While Clover By The Park in District 20 benefits from the conveniences of Ang Mo Kio estate, it’s far from the Ang Mo Kio MRT station (2km).

But by 2029, residents of Clover By The Park can look forward to the Teck Ghee MRT station which is only 850m away. Residents can reach to Ang Mo Kio and Hougang MRT interchanges in just one and four stops respectively, and can reach the Changi area in just 30 minutes.

Looking for a property that’s near an MRT station?

Search for a home that’s near an MRT station on PropertyGuru now.