Most homeowners would consider the move from a condo to an HDB flat as a downgrade, given the luxuries associated with condo living. But for New Zealander Michael Lyons, the opposite is true.

Michael, 61, is the founder and CEO of Recovery Systems. Along with his wife, Gladys, they ‘downgraded’ from a condo to a five-room resale HDB flat.

The result? A five-room HDB flat at Simei offering plenty of space and convenience.

Now, not only has he set up a comfortable home office that fuels his creativity, but their flat is also a stone’s throw away from popular cycling routes — a major plus point for the biking enthusiast.

The couple previously lived in a condo near the East Coast which offered panoramic views of the ocean. It also has a minimart, pool, and gym facilities.

Read: Of Long Walks And Deep Talks – 8 Neighbourhoods With The Most Romantic Settings

However, apart from the amenities, the apartment wasn’t spacious enough for the couple. “I run a business in sports and medical recovery, selling compression wear,” explains Michael. “While we have external warehousing in Changi South, a home office that is spacious enough is important for me as well.” According to Michael, the previous home office was a quarter of the size of his current one, so he and Gladys would “fall over each other” when they were inside. As such, the couple decided that a bigger property was necessary.

Although the search for a bigger home took around four to five months, it was all smooth-sailing because they already knew what they wanted.

Gladys had previously purchased a property using PropertyGuru, as Michael explains, “We let our fingers do the walking for us − in other words, lots of online research through PropertyGuru.” Given past experience, “she already knew that she wanted a quality unit on a high floor, and which areas in Singapore she preferred to stay at.”

“We knew what we were prepared to spend on renovations as well, because we already had quotes and general guidelines.”

Space is the place

Though Michael and Gladys gave up the benefits of condo living, they’ve enjoyed the conveniences of their HDB estate in Simei. 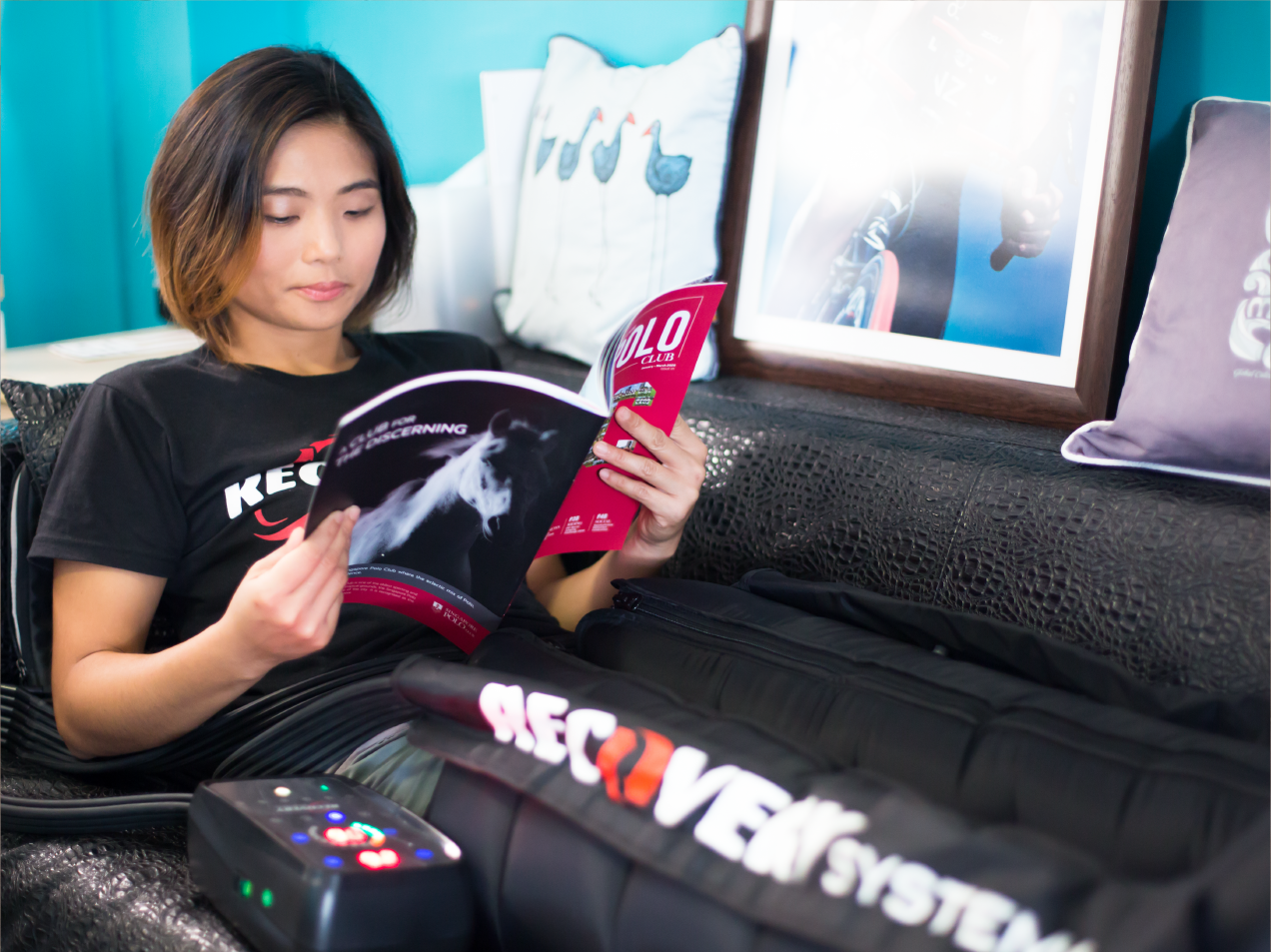 Unlike their previous neighbourhood, they’re now much closer to the Simei MRT station, with a shopping mall in the vicinity too.

“The longer I’ve been here, the more ‘local’ I think I’m becoming,” laughs Michael. “I always joke with my local friends, saying “I’m very Singaporean one ah. I own a condo and live in an HDB flat!”

Read: How Can I Own An HDB Flat And A Condo At The Same Time?

As a biking enthusiast with three national titles, Michael is also thankful that his home is close to popular cycling routes like Tanah Merah Coastal Road. For him, biking offers a healthy dose of sunshine, exercise and serves as a mental reset after a long day’s work.

A great space to work and relax

Luckily for Michael and Gladys, the $580,000 resale flat was in good condition and didn’t require major renovations when they moved in.

“We did refresh the kitchen and floors plus a new paint job,” Michael recalls. “But structurally, we didn’t have to do too much.” With a bigger home workspace, Michael finds it easier to run creative meetings. He’s even got a studio for hosting podcasts to promote his business. Interviews are conducted with athletes such as ultra runners, triathletes and MMA fighters.

“There’s also a nice space behind the sofa where I can run meetings, or let customers come and try out a product,” says Michael. 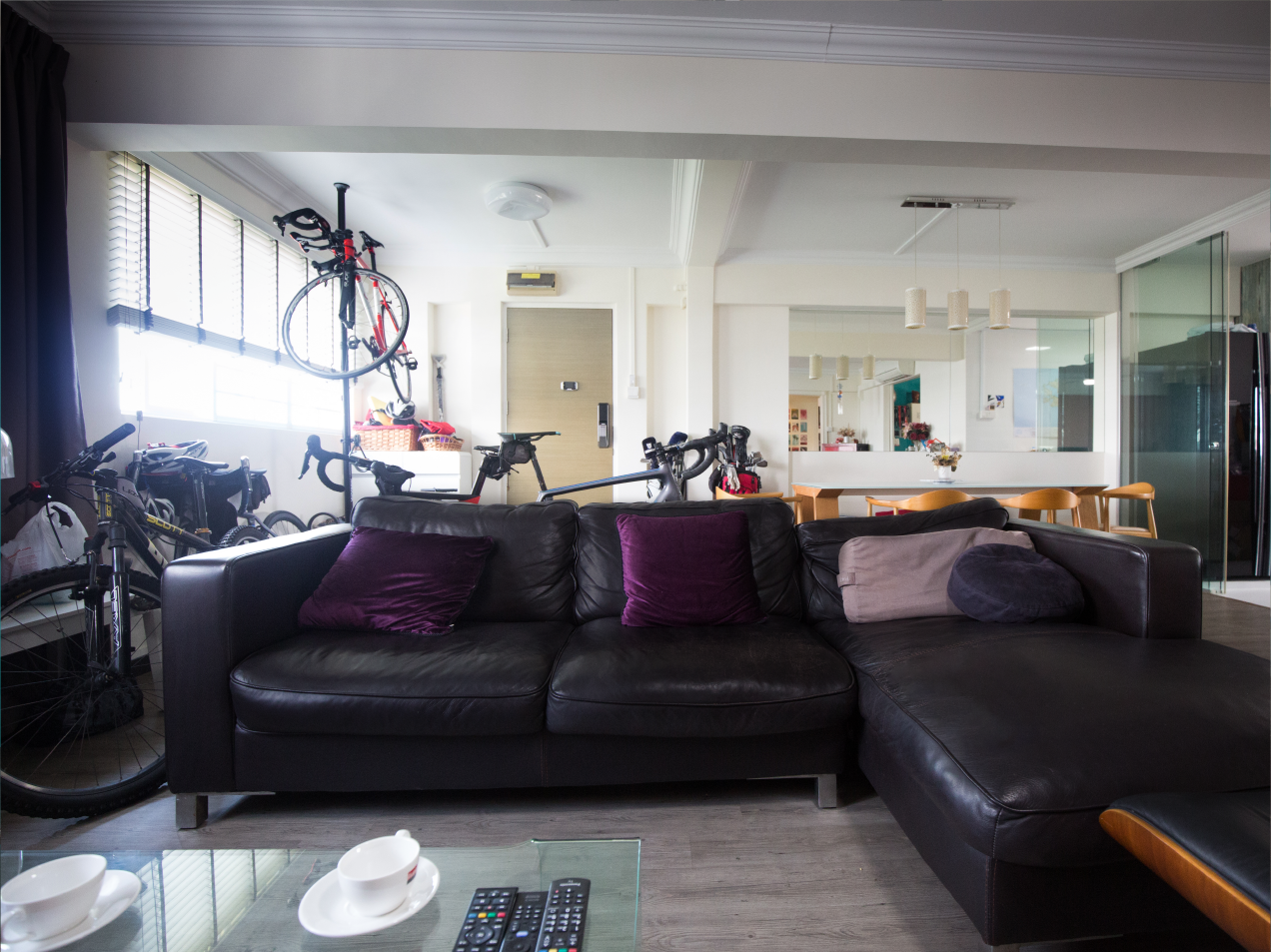 When it comes to relaxation, the bedroom is Michael’s favourite spot in the home. “Gladys and I have been chilling in the bedroom a lot lately,” says Michael. “It sounds very romantic, but I assure you it’s only 2% romantic!”

The bedroom has been a good place for them to escape, given that Gladys’s parents have been living with them the past month. Holing up in the bedroom, they’ve been indulging in Korean drama marathons and other movies.

“We love that the bedrooms are way bigger than those in my previous property,” says Michael. “There’s tons of room to walk around, and you feel an immediate sense of relaxation when entering such a spacious environment.”