When Hawaii-born Michele Cabasug arrived in Singapore after a long flight from San Francisco, she was excited to begin the next chapter of her life. Her husband had secured a position at a mobile phone parts company and she was looking forward to enjoying her new marriage and having children.

At that time, she had no inkling of the challenges she would face.

First, the family had to find a home of their own. “When arrived here in 2005, we went to see 40 places before we bought our home,” Michele recalled. But just as all seemed lost, the family saw a cluster of colonial-styled bungalows in Sembawang (also known as black-and-white bungalows) that once housed British officers and their families.

“When I saw my first black-and-white bungalow and I was like, ‘Oh my gosh, I love this house!’”

But her husband didn’t. In their first significant disagreement in Singapore, he said it was $200 over his budget. Michele was undeterred.

“I said, ‘okay, you know what? I’ll go make that extra $200.’ I didn’t know anybody. I didn’t know how to drive on the other side of the road. I went all over Singapore putting flyers on these black-and-white houses…saying I can help find a replacement tenant. That’s how I started doing real estate.”

Related: Can a foreigner buy property in Singapore? 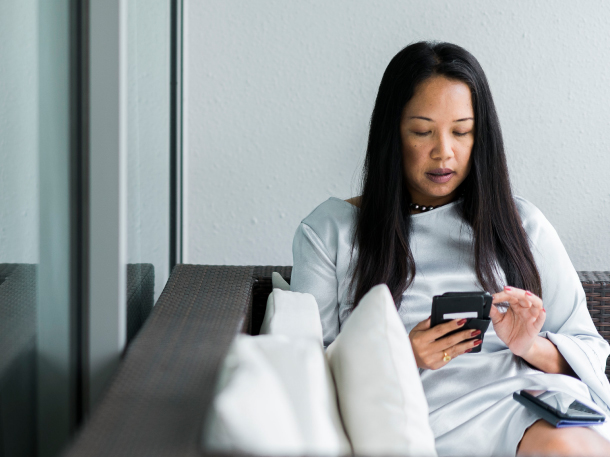 Michele made deals with managing agents to help them find tenants for these black and white houses. On the flip-side, she helped tenants who were looking to find replacements and negotiate the takeover fees. That was when she realised she had a knack as a property broker.

The argument about the home budget eventually spilled over into more heated disputes, and their new life in Singapore was quickly starting to sour.

“The happiest time during my marriage was being able to walk out the door, go help someone find their new home, make some money, and just get away from all the drama.”

The marriage would stagger on for two more acrimonious years until 2007, when Michele and her husband separated shortly after the birth of their second child. This would turn out to be the beginning of a long, bitter divorce marked by allegations of harassment, death threats, a custody battle, jurisdiction issues and years of litigation in Singapore and the United States. 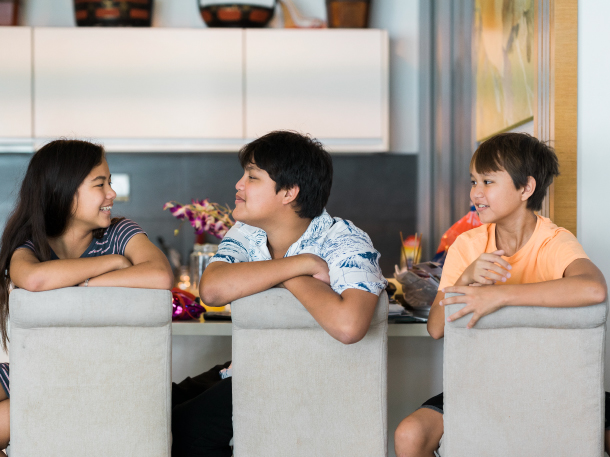 “It was extremely difficult. We were constantly in and out of court. I had to litigate in Singapore magistrates’ court, high court and even criminal court.”

The divorce motivated Michele to continue brokering properties as a fulltime career.

She worked extra hard — she first had to make sure she attained PR status to become a licensed property agent.

While the divorce was being contested, Michele had to support her children on her own and she was on the hook for all the legal fees.

Settling the divorce took a total of five years. This high financial burden drove her to work even harder.

The extra effort paid off and deals started to close at a much faster rate — largely with executives and expat customers searching for luxury houses and condos.

But it was still a struggle. “Of course, I would cry,” she recalls. “But when a client’s coming in 30 minutes you have to wipe away the tears.”

“If you are going through a divorce, my biggest advice to any woman would be put your head down and work, because the sooner you can be financially independent, and pay for yourself and pay for your kids, that is the most liberating thing that you can do.” 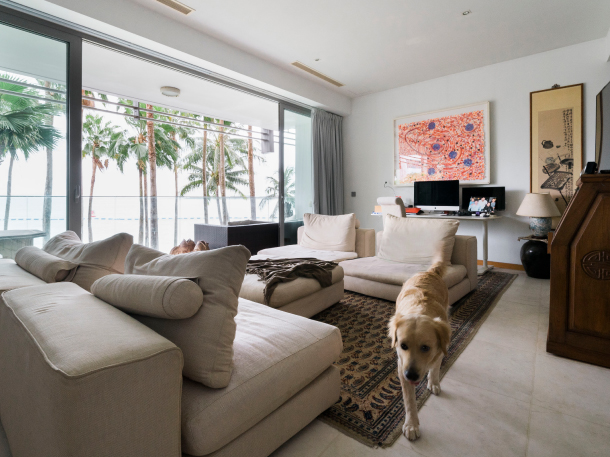 After numerous costly battles in multiple courts, Michele won custody of her children and decided to focus on rediscovering the dream she brought with her to Singapore so many years ago. She continued to work hard and eventually became one of the top-ranked property agents on PropertyGuru. She was also among one of the first to use the site.

“Before PropertyGuru, I was putting up flyers on Cold Storage’s notice board,” she laughs.

Sometimes it was the small things that made her laugh, like getting a call while driving to meet the wife of a CEO. “Are you going by a gas station,” the woman asked. “I need a carton of Marlboros.”

Other incidents were more eye-opening.

“A young ambitious girlfriend of a high-net-worth client wanted to get pregnant,” Michele remembers. “So, between viewings we would go to 7-11 and she’d run in to get a pregnancy test.”

For a property agent used to mining data and viewing dozens of homes for clients, Michele’s own home search was surprisingly simple. While visiting a client who was also a close friend at the home she had helped her find in Sentosa, she felt herself being drawn to the sea, which reminded her of happier days growing up in Hawaii.

“I fell asleep on her balcony,” Michele says. “And then I knew. I want to live here.”

As a survivor of a failed marriage and combative divorce, there is little that fazes Michele today, even when she faces discrimination.

“I almost took a house on Chancery Hill,” she recalls, describing a time shortly before her move to Sentosa.

“At the last minute the landlord said, ‘we don’t want you as a tenant.’ Why, I asked. ‘Because you’re a single mom with kids.’

“A blessing in disguise,” she says. 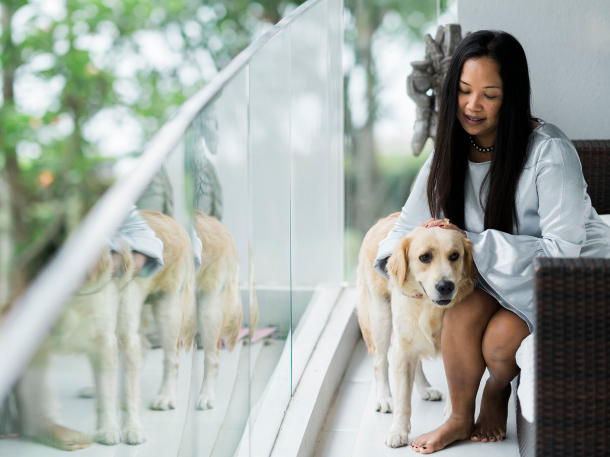 Some might say Michele’s life has given her few blessings. But she knows otherwise. She has her children and her career. And when a long day chasing leads and closing deals starts to wind down, Michele loves turning for home, to her children and to the sea.

“Driving back and seeing the water is really therapeutic. It’s the best place for my family.”

‘By this time, Michele realised, she’s worked so hard, dealt with life setbacks, she forgot to relax and care for herself. One day, while lying exhausted on á friends couch at another unit in the same apartment she’s renting at currently, she remembered looking out and saw how relaxing the beach, seawater and the coconut trees were to her – it reminded her so much of Hawaii (her friend got the apartment from PG’s listing).

She decided to connect with the agent and lucky for her the agent did have another unit. In the same apartment! Best of all on the 2nd floor! Where the balcony overlooks the beach and the seafront at such close proximity as compared to higher floors.’