Katong laksa, Peranakan food, East Coast Lagoon Food Village and a handful of cafes and western restaurants are just some of the more popular food establishments that the east coast of Singapore is known for.

In recent months, the east has become a hotspot for the brunch and coffee loving crowd with more new cafes sprouting up. Cafes are still doing well judging by the long queues at popular ones during weekends and many people are on the hunt for big breakfasts presented in ever creative ways and combinations. Furthermore, with travel restrictions and the pandemic raging on, the things we can do on weekends are pretty limited.

So if you love trying out different cafes over the weekend – and don’t mind shelling out $25 to $35 for a meal and coffee – the concentration of cafes around Siglap, Joo Chiat and Katong makes the area a good place to stay. You don’t have to be able to afford a landed property in the Opera or Frankel estates; renting around the area is a fine option to consider too.

The popular cafe at Tanjong Pagar that used to see people from their post-gym workouts queuing for their fill of food has relocated to the east! Known for its variety of coffees – coffee beans, bottled brews and brewing equipment available for sale – the new space also has an open bar where you can see the baristas meticulously doing pour overs or pulling espresso shots from the sleek single espresso machines at the modbar. 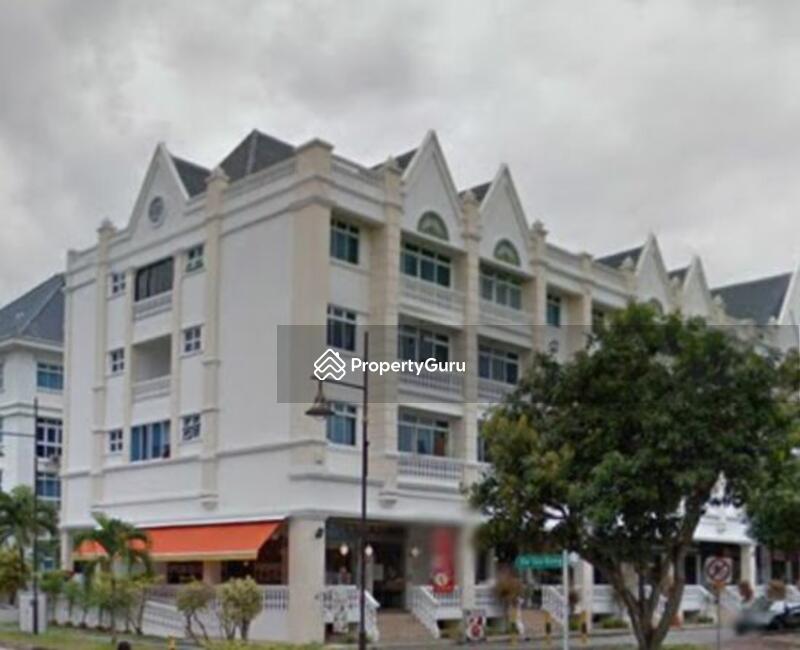 This freehold private apartment is a four-storey apartment with three-bedroom and two-bathroom units. This place has the benefit of living in a private place but still within walking distance to a great number of eateries and a 24-hour NTUC FairPrice, as well as buses to schools in the area.

With a name like Neptune, this spot in the Katong hood has a varied day and night menu that includes some seafood. Its day menu serves dishes such as Chilli Crab & Chorizo, Shrimp Scampi and Crab & Scallop, along with some regular brunch fare and waffles, while the night menu has food like squid karaage, Seafood Somen and Poke.

Opened by the same folks behind Atlas Coffeehouse in Bukit Timah, Apollo Coffee Bar in Serangoon Gardens and Columbus Coffee Co in Thomson, which have their fair share of fans (have you seen the queues at Atlas even in the early hours on weekends?) and are known for their great tasting coffees, you’ll be able to find satisfaction in both your food and drink. 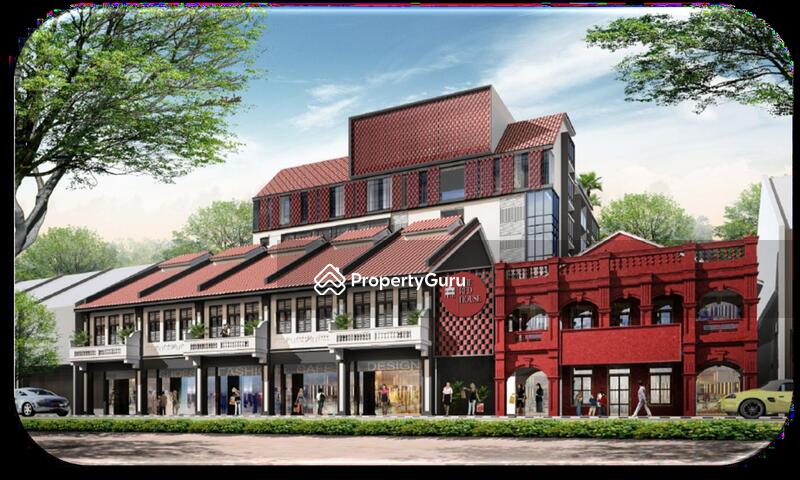 Stay in a beautiful historic heritage shophouse that is walking distance to restaurants, hawker stalls, bars and cafes around the area. The upcoming TE26 Marine Parade MRT just a 5-minute walk away is bound to drive up the value of the property.

At the moment of writing, there are 1-bedroom and 2-bedroom units available.

Named after the Moroccan city of Fez, this pink-themed cafe is highly instagrammable with a pink and gold interior and exterior, complete with palm trees and rattan chairs. The low lights create a cozy ambience, while a display wall filled with Moroccan trinkets further add to the whole experience of taking one away from your standard cafe.

Of course, its menu comprises Moroccan-type fare such as Majorelle Shakshuka, Maghreb Baghrir Pancakes and chicken and lamb tagines among others. There are also a variety of colourful mouthwatering cakes and tarts on display such as a fig tarte, olive oil cake and strawberry Moroccan tea cake, as well as a variety of breads such as sourdough, pita and croissants. 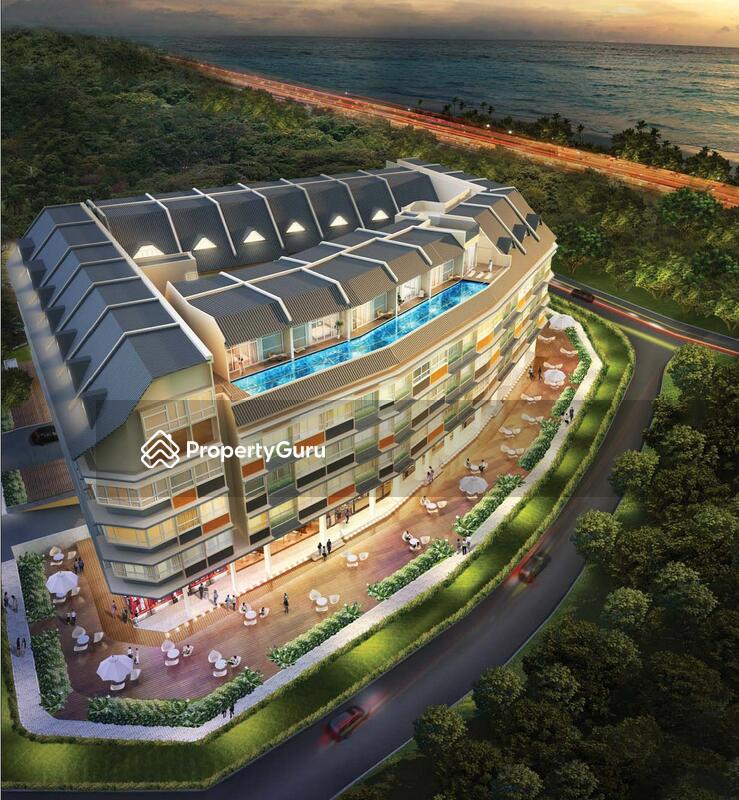 The freehold condominium completed in 2014 has one-, two- and three-bedroom units on offer in multiple four-storey buildings. It comes with the usual condo amenities such as a gym, swimming pool, BBQ area and basement carpark.

Public transport wise, there are a number of buses with connectivity to the east side and surrounding schools. Its main draw is certainly a Cold Storage on the ground floor and its proximity to nearby restaurants along East Coast Road and Siglap Centre to buy all your other necessities.

For a cafe located in East Coast Park at Marine Cove, East Coast Commune certainly tries to create an inviting, beach-like tropical oasis with a wide, open space, plants and blue and white-toned walls on which hang marine-themed artwork. Along with standard dining tables, there are plenty of low rattan chairs and sofas for those who prefer a more comfortable, casual experience. The thoughtfully designed place even has a private room that can function as a nursing or baby changing room.

The eyes are certainly drawn to the large wooden bar that takes up almost the entire one side of the cafe where the staff prepare drinks. On its menu are indulgent bakes such as kouign amann and pain au chocolat while its brunch fare comprises a well-rounded breakfast plate, sourdough sandwiches and waffles and pasta. Coffee, tea, cold-pressed juices and beers and wine complete the menu. 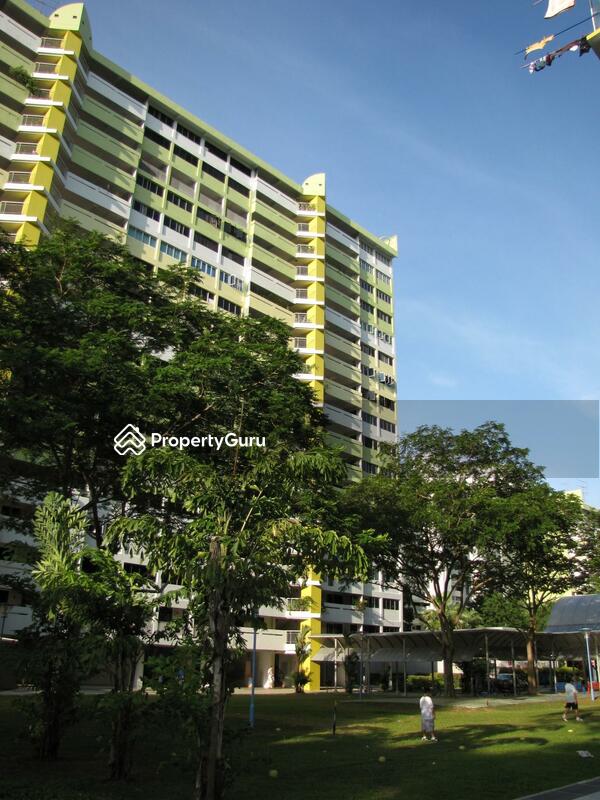 There are a bunch of flats at Marine Crescent road, which is located just behind the ECP. Although these flats were completed in 1974, they are well located in the Marine Parade area and are walking distance to Parkway Parade, Marine Parade Public Library and Community Club, the Marine Parade Central Market and Food Centre. There’s also a ton of neighbourhood shops and cheap hawker centres around, and of course, East Coast Park is easily accessible by underpass.

A mainstay along East Coast Road since 2012, Penny University was one of the first few cafes on the scene, opened after the owner had trained as a barista in London and was inspired by its specialty coffee scene.

The halal cafe has an extensive traditional brunch menu with classic favourites such as a Full English Breakfast and Eggs Benedict, as well as mains, and of course your standard coffee fare including filter coffee and cold brews.

Completed in 2015, this modern five floor condo located at Telok Kurau is one street away from the busy thoroughfare of East Coast Road. It offers one- and two-bedroom units with one and two bathrooms, and comes with all the usual condo amenities such as a swimming pool, gym and BBQ area.

The concentration and great variety of restaurants and eateries, with almost every type of cuisine you can find, from Chinese, Malay and Indian to Italian, American, Japanese and Korean, makes this area a great location for foodies to stay. There’s no shortage of food within walking distance that caters to all palates and for all budgets.

Transport is never a problem as a great number of buses serve the east side area as well as to town, and the upcoming Thomson-East Coast line (finally!) with stations at Marine Parade, Marine Terrace and Siglap, will enable residents to get to Marina Bay, the CBD and Orchard more directly too when it opens in 2023.

Check out other listings on PropertyGuru to find the home of your choice.

What is Joo Chiat Famous for?

Joo Chiat is a conservation area most known for its colourful traditional Peranakan shophouses, lasting remnants of its multi-ethnic Peranakan and Eurasian populations that moved to the area in the early 20th century.

Is Katong a Good Area to Stay In Singapore?

Katong’s multicultural history has seen it transform from a plantation area to a wealthy suburb with bungalows due to Peranakan and Eurasian influences and now, modern condos stand beside cafes and boutique hotels.

What is Siglap Known for?

Siglap, which has its roots as a coconut and fruit tree plantation area, was a predominantly upper and middle class residential area until the 1990s saw a number of upmarket retailers, restaurants and condominiums change the area to what it is now.

Are you looking for a new home? Head to PropertyGuru to browse the top properties for sale or rent in Singapore.

This article was written by Audrey A.. She can’t wait to move into her own place so she can finally get a cat (or two) and an espresso machine to fuel her love for flat whites. For now, she’s saving up and dreaming of her next trip.