Hana S Ahmad thought she would never leave Singapore’s East. After all, Bedok North had been her home for over 38 years and she always felt it was the best place to live.

Her stay in the East started in her grandparents’ home in Kampong Wak Tanjong in Geylang, where Hana, who works as an Admin Executive, was raised together with her three siblings. As the “kampong” villages in the area were cleared out in the 1970s, Hana and her family were forced out of the area. Her parents then purchased a flat in Bedok North where Hana spent the majority of her youth. 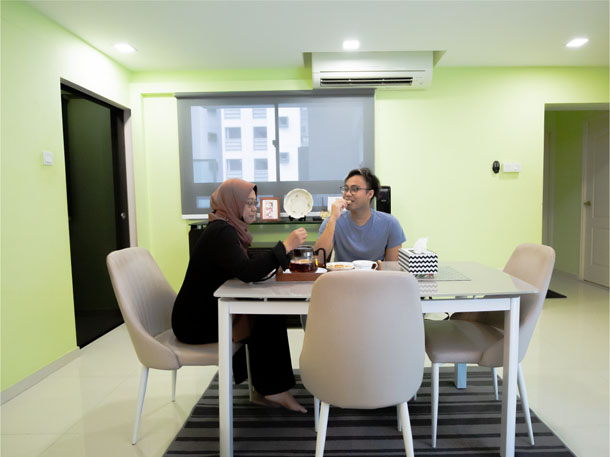 The years flew by and when Hana was in her mid-20s, two major events took place. The first was the death of her mother from a premature heart attack.

The second was three months later, when Hana was married, and with her husband purchased their first home – a four-room flat in Tampines. As their family started growing, the couple decided to purchase a resale flat five years later to another four-room flat in the same estate. This time, the four-room flat was a roomier, corner unit with more privacy.

While she was delighted to own a home under her name, sadly, Hana’s marriage did not last. Once her divorce was finalised, Hana had to move out and settled on heading back to her father’s home in Bedok North, together with her three children.

Things then took a turn for the worse yet again. Around 13 years later, her father fell ill and needed money desperately to cover hefty medical bills. The obvious solution was to sell his home. As he was past his retirement age, he would be able to withdraw the funds from the sale of the house in cash to cover his medical expenses.

To make things easier, Hana decided to purchase the flat off her father. That way, her family could still live together under the same roof and her dad could cover his healthcare bills. 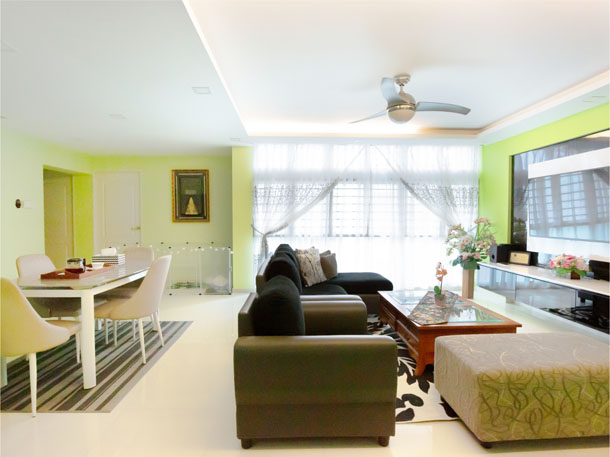 It was not as straightforward as Hana expected it to be. There were financial complications as Hana had previously taken a Housing Development Board (HDB) loan for her first two flat purchases. Under the HDB guidelines, she was no longer eligible for another HDB loan and would have to take a bank loan, which was out of the question.

“As a single mother with three children who were still studying at the time, it was not possible for me to take up a bank loan,” says Hana.

Firstly, Hana was not sure if she would even qualify for a bank loan because of her salary and credit rating. Furthermore, the upfront cash down payment and legal fees were too hefty a cost for Hana to bear.

Hana thus consulted her estate MP and HDB to see if there was any leeway for a third loan or if they were able to provide any support. Thankfully for Hana, her father’s flat was listed as one of the flats undergoing HDB’s Main Upgrading Programme, which meant she was able to take on another HDB loan to pay for the flat.

“I’m glad it worked out well for everyone in the end,” Hana says, with a smile. 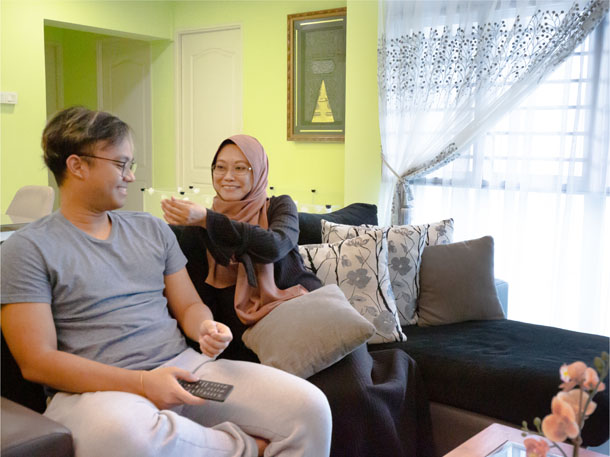 After Hana moved with her children to her father’s place, it was her fourth move, and she didn’t want to go through the process again. But according to her eldest son, Khairul Izzat, their home in Bedok North, was close to 40 years old and slowly falling apart.

The 23-year-old recalls: “The leaking got so bad sometimes that the kitchen was flooded. It was a hassle to call the plumber and repairman to fix things. It was just terrible! If we wanted to continue staying there, it needed a complete, and probably expensive, overhaul!”

By then, Hana had remarried. With additional members in the family, coupled with the maintenance issues with her Bedok North residence, Hana decided to move to a bigger home elsewhere. 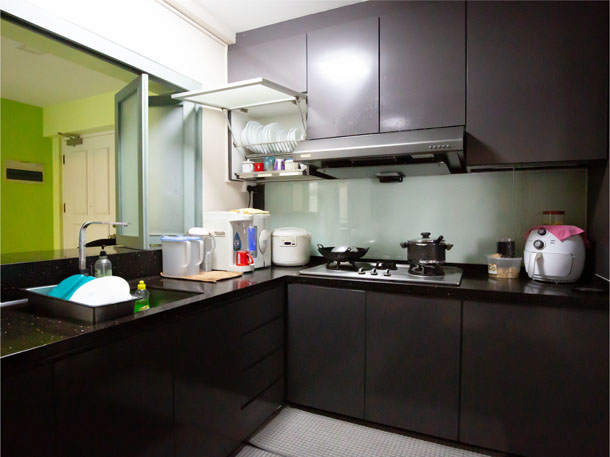 Saying Bye to the East

Once the decision was made, Hana sought the help of a property agent to help look for houses. The agent showed Hana and her husband over 10 houses, which included both four and five-room flats, but they could not settle on the right home.

As Hana “was a little embarrassed” to ask her agent to look for more homes, she decided to browse PropertyGuru to look for a suitable home herself prior to the viewing.

Despite loving everything about the East, Hana was not particular about the location. It just needed to have at least three bedrooms and fit her budget requirements. She could easily narrow down her options using the PropertyGuru search filters and video tours.

Once Hana saw the houses that fit her requirements, she admits she got a little too excited.

Hana says: “The picture and video tours were so helpful. Each house I looked at, I could imagine what I could do with the house!” 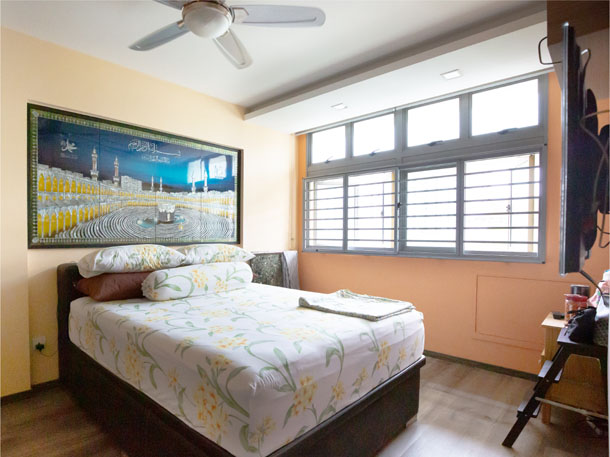 Through her search, she stumbled across her current home – a five-room unit in Punggol, in mint condition on the fifth floor.

“Having lived all my life in homes on lower floors, I was a bit scared to go for higher floors,” Hana says with a laugh.

While Hana could no longer take a HDB loan, it all worked out fine this time with a bank loan. As she was able to purchase her father’s Bedok North home previously at a lower price, she made approximately $100k in profit from the sale, which was used to offset the hefty down payment a bank loan required.

For both Hana and Izzat, the move to their current home was bittersweet. While the home is perfect in their eyes and that they “do not have to deal with leaking pipes anymore”, they are still slowly getting used to living in Punggol.

Izzat chuckles and says: “It has been three years now, and I am slowly getting there and starting to like this area. I am sure for my mom, who has moved so much, she would like this house to be her last.” 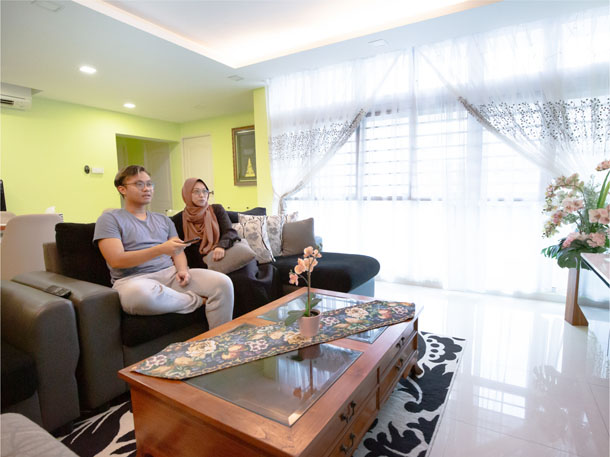