Every six months, the Urban Redevelopment Authority (URA) announces a list of land sites for sale, known as the Government Land Sales (GLS) Programme. When this happens, developers’ eyes widen, their breathing intensifies and they will stop whatever they’re doing to pay attention.

But it’s not just developers who should listen up. If you’re a potential private home buyer, you should also pay good attention whenever URA announces GLS sites. That’s because like the URA caveat and URA Masterplan, the GLS Programme provides great insight into upcoming real estate developments, which are likely to come in handy.

Here’s an overview of the latest GLS sites announced for the second half of 2020, as well as a beginner-friendly guide of the GLS Programme and why it is meaningful for home buyers in Singapore.

Psst: Need help buying a property in Singapore? Find a library of helpful buying tips with our property buying guides.

Government Land Sales (GLS) Programme: What Is It and How Does It Work?

As you probably already know, Singapore is a small country with limited land. Of the land we have, over three-quarters is owned by the government (State Land).

In order to better utilise land for urban planning, the Urban Redevelopment Authority (URA) plans and designs land usage for purposes including residential land-dwelling, township designs and zoning of land. Put simply, the URA plans where new buildings go, be it for new condos, sports complexes, shopping malls and even hotels.

For us, the most relevant are the GLS sites allocated for residential developments. Before private property developers (e.g. CapitaLand, Keppel Land, Oxley Holdings, etc) can develop houses and make heaps of money, they will first need to buy land from the government.

That’s where the GLS Programme come in, where the government sells usable land to private developers through a tendering process.

Long story short, developers will purchase land from the government in a land-bidding war.

Prior to the start of each half of the year, the government will release State Land for tender through the Urban Redevelopment Authority (URA) sites. Upcoming URA GLS sites can be viewed on the URA website.

As mentioned, interested developers who wish to acquire the State Land for residential development (e.g. to build new condominiums) will then bid for the land through an open tender. The land will (usually) be awarded to the developer that puts in the highest bid in the open tender.

Upon closing of the tender, URA will release a media statement on the GLS sites and the developers who were awarded the site. Then, a separate media statement will be released to show the public the list of developers that have tendered for the site and the price quoted in their tender.

Here’s what the media statement looks like, which includes the top bidders :

Now that we’ve explained the GLS in a nutshell, let’s take a look at the latest release of GLS sites.

On 15 April 2021, URA and HDB launched the Lentor Central site and Tampines Street 62 (Parcel A) executive condominium (EC) site as part of the 1H2021 GLS Programme. The combined sites can yield a total of 1,195 units.

Then on 10 June, the government further announced the 2H2021 GLS, and increased the supply of residential sites by 25%, or almost 2,000 units. Two sites at Dairy Farm Walk and Jalan Tembusu, which could yield 385 and 645 residential units respectively, were moved from the Reserved List to Confirmed List. In addition, the government also added a new EC site at Bukit Batok Ave 8 (375 units).

Here’s an overview of the remaining Confirmed List sites in 2021, according to the Ministry of National Development (MND): 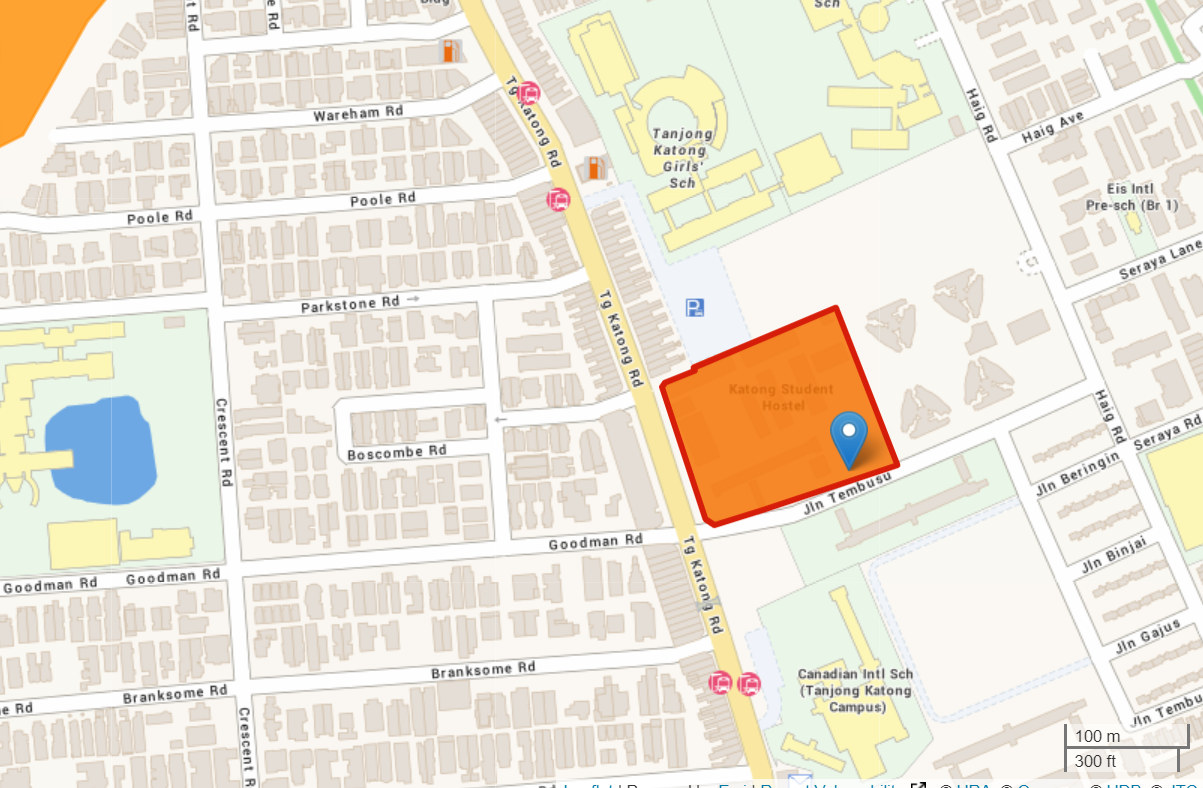 The site at Lentor Hills Road (Parcel A) can yield about 595 units and has a site area of 1.71ha. It is located right next to the Lentor Central GLS site released earlier in April this year as well as the Lentor MRT station on the TEL. Residents will be two stops away from the Cross Island Line (CRL), four stops from the Circle Line (CCL), and six from the Downtown Line (DTL). 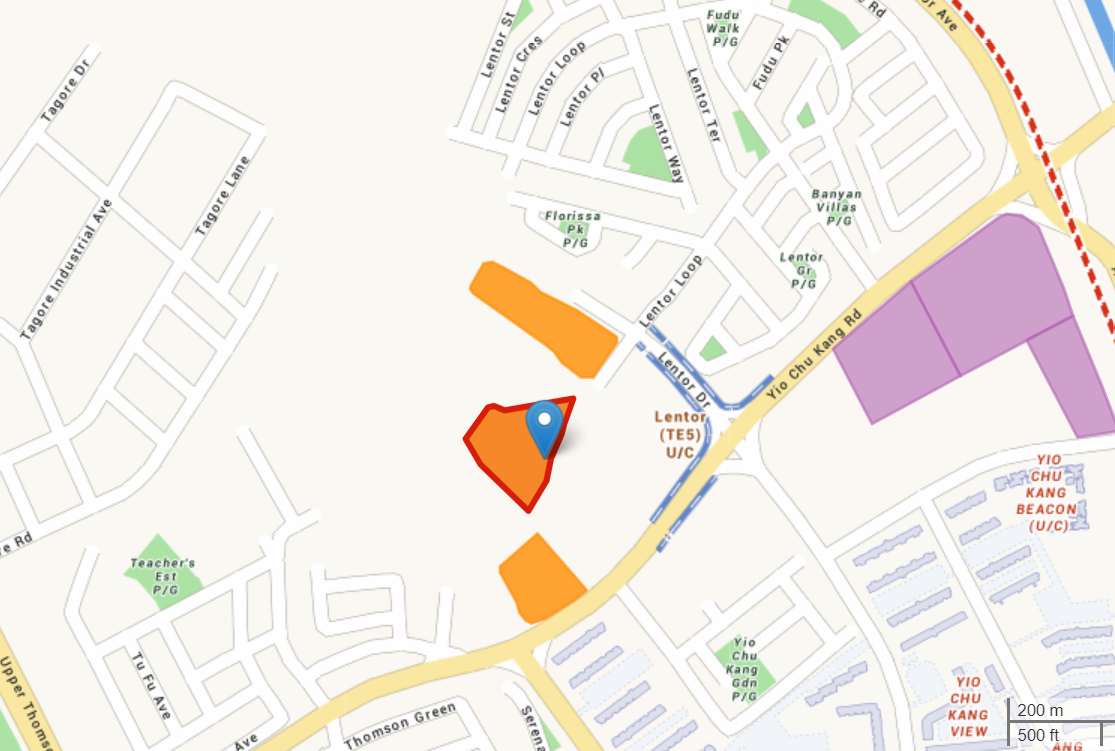 The Dairy Farm Walk site is one of two sites moved from the Reserved List to the Confirmed List and can yield 385 units with a site area of 1.56ha. It is right next to the German European School Singapore as well as the Dairy Farm Nature Park. The closest MRT station is Hillview MRT on the DTL. 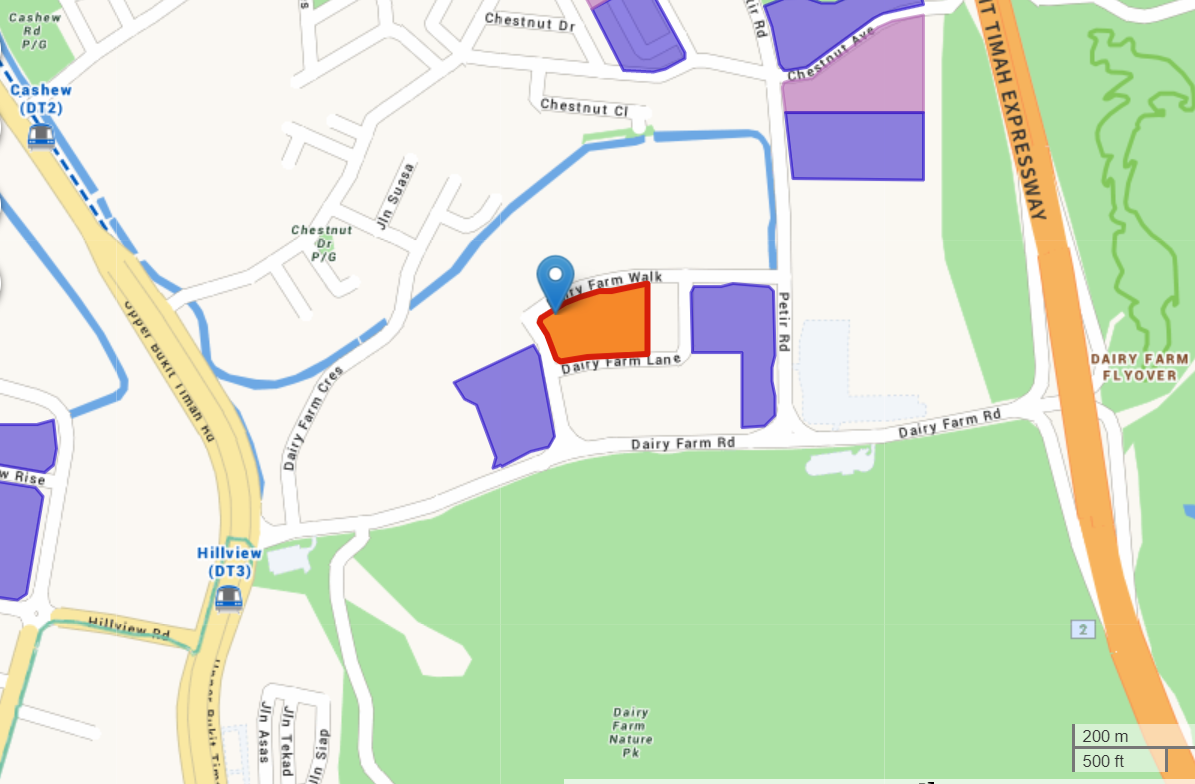 The EC site at Bukit Batok West Ave 8 will be near the Tengah Garden Walk EC site which was recently awarded to Taurus Property SG for $603 psf. The 99-year leasehold site can yield 375 units with a site area of 1.21ha. However, the site is expected to fetch lower bids as it’s not near to an MRT station. You may refer to past GLS sites here.

If, at this point, you’re confused about the confirmed and reserve GLS sites, let us explain. There are two types of “lists” on URA’s website: “Confirmed List” and “Reserve List”.

They’re pretty much as their names suggest:

Confirmed Lists are confirmed in that they will definitely go on sale on a pre-determined date listed on the URA website. For example, the Northumberland Road GLS site will be open for tender in October 2020.

This is not the same for the Reserve List sites, which aren’t released for tender immediately. Instead, they are released only when there is a successful developer application or sufficient market demand for it.

Developers who are interested in the sites on the Reserve Lists have to put in an application for them. When any of the interested developers have indicated a minimum price that is accepted by the government, the site will then be put up for tender.

How Is the Government Land Sales (GLS) Programme Relevant to Home Buyers?

You might be thinking, “That’s interesting and all, but how is this relevant to me as a home buyer?”

Well, for starters, the GLS sites indicate the upcoming development areas for residential properties. Thus, it makes sense that for those currently shopping for property to know which areas are up for development in the near future.

As they say, knowledge is power.

When it comes to home buying, each decision you make is literally worth a million bucks. That’s why keeping up with data from GLS sites (upcoming, current and past) will provide you an information advantage that puts you ahead of the curve.

The last thing you want is to make a hasty property purchase, only to find that a more suitable residential project is up for grabs afterwards.

Pro tip: Using the URA Space tool, you can also check out all the GLS sites (upcoming, current and past) on a map.

In conclusion, those shopping for a first (or next) home should definitely check out URA’s GLS sites. You can find the recently launched GLS sites here and the past sites here. Alternatively, you can also check out the URA Space to view GLS sites that have been released and sold in the past.

What is the Government Land Sales Programme?

GLS Programme is where the government sells usable state land to developers through a bidding process.

Who Owns Land in Singapore?

According to the Land Law, all land belongs to the State, and other persons can only own an estate or some lesser interest in the land.

What is a Reserve Site in Singapore?

A reserve site is marked yellow in the URA Master Plan, and basically means that the land use has not been determined.