HDB has officially launched the new BTO flats for their September 2019 BTO launch, with Punggol and Tampines previously announced as the BTO locations.

This comes in tandem with HDB’s recent announcement on the higher income cap for eligible flat buyers, as well as higher grant amounts for first-time flat buyers.

Here’s everything you need to know about the September 2019 BTO launch, from accessibility to launch prices.

Like to know more about the past HDB BTO launches? Take a look at our BTO launches page here. Where will the Punggol BTOs be located and how accessible are they?

The new BTOs will overlook Punggol Jetty, so new owners will get to enjoy a scenic view of the Punggol waterfront. The BTO site will be situated close to Punggol Point LRT and the upcoming Punggol Coast MRT (to be completed in 2023). This will provide future owners with convenient access to other parts of Punggol and to the rest of the island.

What are the types of BTO flats offered?

What are the key amenities nearby?

With the BTO project located just behind The Punggol Settlement, homeowners can look forward to scenic dining outings by the waterfront. The nearest shopping mall will be Waterway Point, which is just a short bus ride away.

SAFRA Punggol and Marina Country Club Resort will be close by, offering a variety of dining and recreation options. For those who enjoy spending time in nature, Punggol Point Park and Coney Island are right at their doorstep. Punggol Waterway Park is also within the area.

How much will the Punggol BTOs cost?

Here are the launch prices released by HDB for the BTOs.

The Punggol BTOs may be of interest to you if you are keen on waterfront living. With the Punggol Digital District and Punggol Coast MRT also currently in the works, the project looks set to be a popular choice for BTO-seekers.

Want to learn more about your loan eligibility to buy a new HDB flat? Read our guide here. 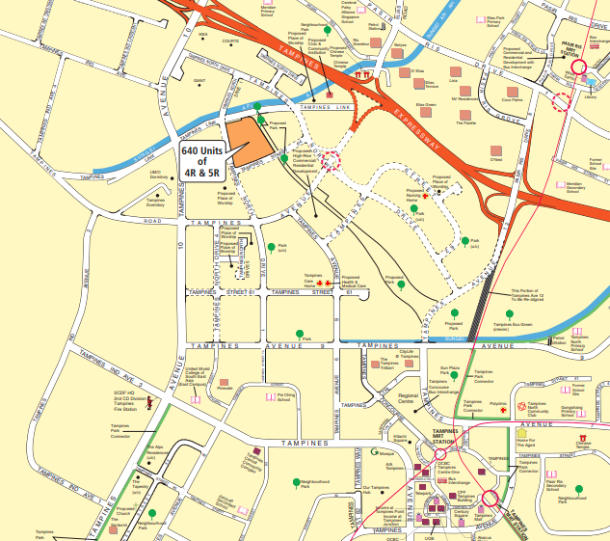 Where will the Tampines BTOs be located and how accessible are they?

The Tampines BTOs will be a few minutes walk from the upcoming Tampines North MRT Station, which resides on the Cross Island Line (to be completed by 2030). In addition, Pasir Ris and Tampines MRT stations will be just a bus ride away. For those who drive, the TPE is just round the corner.

What are the types of BTO flats offered?

What are the key amenities nearby?

Residents won’t have to venture too far for groceries and household products, as the BTOs will be right in front of Giant, IKEA, and Courts.

A number of malls are just a bus ride away from the Tampines BTOs, offering a wide variety of dining, retail and recreational choices. This includes Our Tampines Hub, Tampines Mall, Tampines One, and Century Square. Opened just two years ago, Our Tampines Hub is Singapore’s biggest integrated community and lifestyle hub, and is home to Singapore’s largest rooftop pool.

How much will the Tampines BTOs cost?

The following are the launch prices released by HDB for the BTOs.

Want to learn more about the different types of BTO flats offered? Check out our handy guide here.