Yes, yes. We know that the May 2021 BTO launch is barely done and dusted, with August 2021’s BTO launch still yet to come, but we’re already gearing up for the November 2021 HDB BTO launch.

You see, HDB has announced some details about the Nov 2021 launch, namely, the total supply, launch estates and the unit mix offered:

However… HDB hasn’t announced the exact sites where these new flats will be.

HDB “will provide more details at the next BTO exercise”, but that isn’t until almost three months later, so we thought why not play a guessing game in the meantime?

With that, we opened Google Maps, looked at the residential plots marked in the URA Masterplan, and got to work. Here are our guesses on where the upcoming BTOs may be.

Disclaimer: The plots featured below are empty sites marked for residential use. They may or may not be the actual sites for the upcoming November 2021 BTO.

There are a couple of available sites in Choa Chu Kang that are designated for residential use, but this plot of land adjacent to Keat Hong Colours BTO seems to be the most plausible one.

Seeing that there will only be 2-room Flexi flats, we’ll be taking a leaf from the Assisted Living Flats in Bukit Batok that HDB launched in February 2021. Firstly, its Gross Plot Ratio is 3, which means that while the development won’t be too big, it can still accommodate a good size and up to 36 storeys. This makes sense, as the larger plots of land are usually to accommodate over 1,000 units for a mix of 5-, 4- and 3-room flats to house families and young couples.

A civic and community institution is also planned for the space beside the plot, which is perfect for senior citizens living in 2-room Flexi flats. This facility will likely be shared with the wider Keat Hong estates, so the younger folk can mingle with the seniors and help to support them.

We also noticed that a health and medical care facility is also planned for close by, which is helpful for seniors living in the 2-room Flexi flats, as well as for nearby residents.

To be honest, Hougang is pretty packed with a ton of fully-utilised land parcels, developments and facilities. Not to mention, there will be 1,320 units of 2-room Flexi, 3-room, 4-room, and 5-room flats made available across 2 projects in the upcoming August 2021 Hougang BTO launch.

Since the upcoming projects are pretty close to Kovan and Bartley MRT stations, we’re hoping that the November 2021 Hougang BTO launch will be close to its namesake, Hougang MRT station, near Hougang Avenue 4 / Jalan Naung.

However, that’s pretty close to the LTA’s rail expansion of the Cross Island Line, where Hougang MRT station is one of the interchanges. So perhaps, that site is out, as there’ll be extensive digging underground — or maybe it’s still possible to build the BTO on the left side of the plot, who knows? We’re not exactly engineers…

Perhaps, a more probable area is this smaller plot in the Buangkok area, for maybe just 1 or 2 blocks of flats. While it’s not exactly close to an MRT station, it’s an excellent spot for nature and fitness enthusiasts as it’s close to the park connector that leads to Sengkang Riverside Park and the scenic Punggol Waterway/Lorong Halus/Coney Island shebang.

We really hope the new Jurong West BTO will be located along the area bounded by Corporation Road and Yung An Road, because that’s close to amenities that will benefit the whole family: Lakeside Primary School, Taman Jurong Shopping Centre, Taman Jurong Market and Food Centre, Taman Jurong Community Centre, a garden, mosque and a church.

There’s another possible spot along Kang Ching Road, but this looks like a more cramped space that’s likely to offer fewer units. The upside is that it’s near Yuan Ching Secondary School, the gorgeous green lungs of Jurong Lake Gardens, and is not too far away from the amenities of our first choice at Yung An Road.

Who knows? Both plots of land might launch together. After all, these multiple-site launches within a single state have been quite common in the past few HDB BTO launches.

The markings on the URA master plan map are a bit odd-shaped, but if you’re familiar with the area, you’d remember this empty plot here that’s sizeable enough for some HDB flats.

While it’s definitely more alluring to live on the more exclusive bank of the Kallang River (there are also Residential-use designated plots there, and even a condo), this site is closer to Kallang MRT station.

Other amenities in the area include an NTUC FairPrice, a Sheng Siong supermarket, Upper Boon Keng Market and Food Centre, a community club, the Geylang foodie precinct, and even a few bicycle shops for residents to fully utilise the gorgeous park connector at their doorstep.

If you can’t wait for the November 2021 launch of Kallang/Whampoa flats, there’ll be some choice pickings in the August 2021 BTO launch as well. There’ll be 300 units of 3- and 4-room flats near May Road/Towner Road. Previously, in the February 2021 BTO launch, McNair Heights BTO was launched at the junction of the eponymous road/Balestier Road.

Honestly, there’ve been so many launches in the new HDB area Tengah that it’s easy to lose track of what’s next. We don’t even know what new name will surface next. 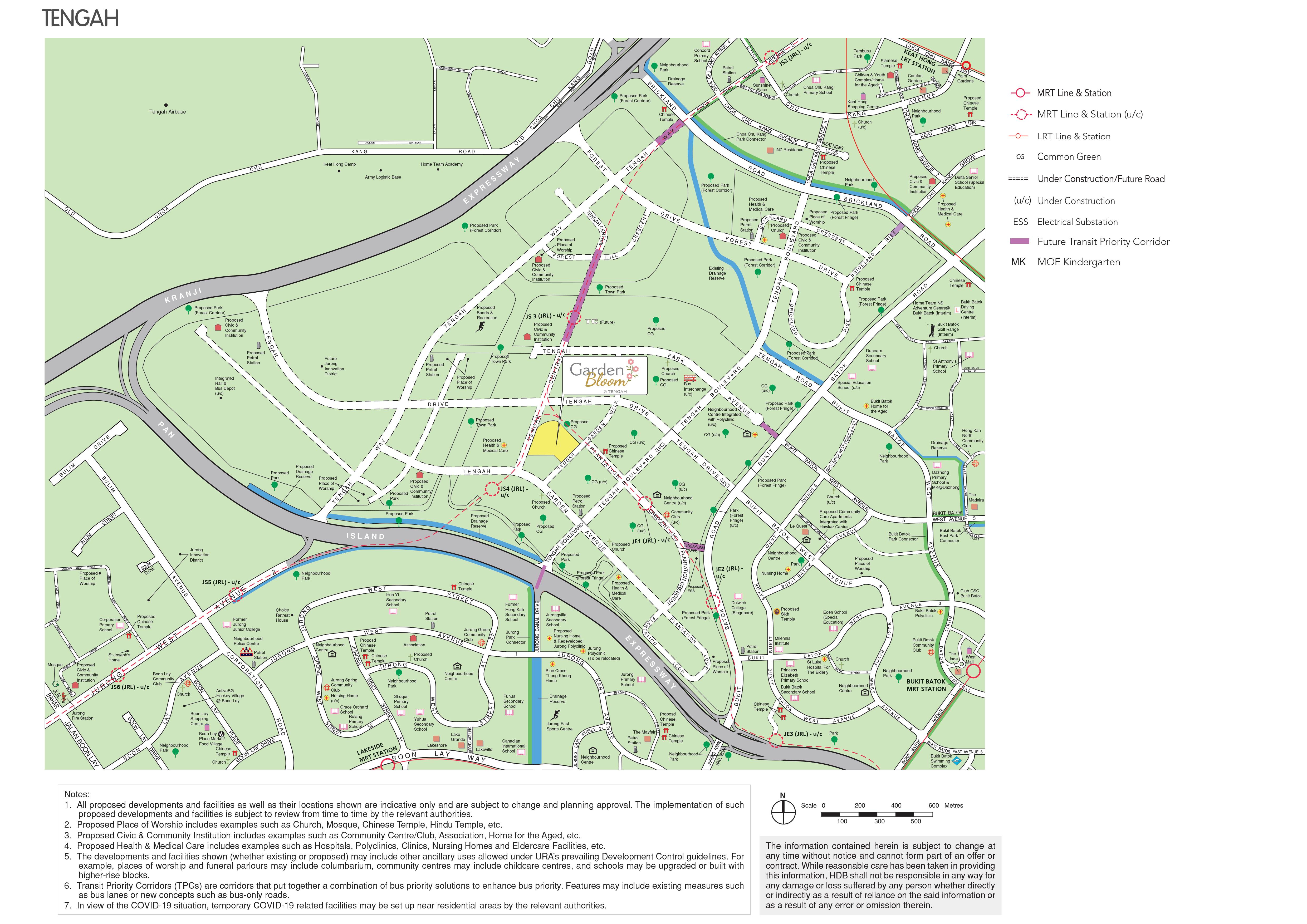 The latest to be launched was Garden Bloom @ Tengah in the May 2021 BTO launch.

Since all the residential developments in Tengah currently seem to be clustered together, it’s likely whatever’s ready will be pushed out next (there’s probably some order, but we aren’t privy to that).

Will it be the plot of land above Parc Residences @ Tengah? Or the parcel to the right of the recently launched Garden Bloom @ Tengah? It’s anyone’s guess.

Check out what’s in store in the upcoming August 2021 HDB BTO Launch, or look for a move-in ready resale HDB flat in on PropertyGuru.

How Often Are BTO Launches?

HDB BTO sale launches happen once every three months, or once each quarter (four times a year).

When is the Next BTO Launch?

The next BTO launch is in August 2021, and then in November 2021. The months are typically February, May, August and November of each year.

How Many BTOs Are Launched in A Year?

Where is the Next BTO Launch Location?

In August 2021, there will be 4,930 units launched in Hougang, Jurong East, Kallang/Whampoa, Queenstown, and Tampines.

What Types of BTO Flats Will Be Launched?

It really depends, but there’s usually a good mix of flat types/sizes, as well as mature and non-mature estates. 4 to 5 estates in various parts of Singapore are usually launched at a time.

How to Apply for BTO Launch?

You’ll first need to be eligible before you can ballot for a HDB flat. Application will be done directly through the HDB website and you’ll login using your SingPass. Get some tips here: How to Ace Your HDB BTO Application And Increase Your Ballot Chances