Living on her own  in a three-room flat in Bukit Batok West back then, Mdm. Chu Ah Choo could not help but feel all alone. 82-year-old Mdm. Chu has been a widow for the past 30 years, and her only son resides thousands of miles away in China.

To make matters worse, Mdm. Chu went through a vicious cycle of bad luck that left her bogged down with debt. Three years ago, she was diagnosed with cancer. While she has since recovered, she ended up with a mountain of debt as a result of her costly medical treatments.

Then just a year ago, threatening letters were sent to Mdm. Chu, stating that a family member was kidnapped and that she had to pay a ransom. Feeling frightened and having nobody to turn to, Mdm. Chu complied and ended up being scammed of $200,000.

Feeling overwhelmed, Mdm. Chu made the difficult decision to downsize her flat so she could use the profits from the sale to get out of her tough financial predicament. The Start of Something New

Being part of the less tech-savvy older generation, Mdm. Chu, who is a retired music and dance teacher, reached for a newspaper to scour through the classified section for help. While doing so, she chanced upon an article which featured real estate agent Ryan Lee. She immediately reached out to Ryan, 31, and after sensing the desperation in her voice, Ryan made arrangements to meet up with Mdm. Chu right away.

Recognising that Mdm. Chu was solely focused on the sales profits and did not understand how the selling process worked, Ryan patiently explained it to her. He also emphasised to her that she would not be able to earn a significant profit if she opted to purchase another resale flat in the market. 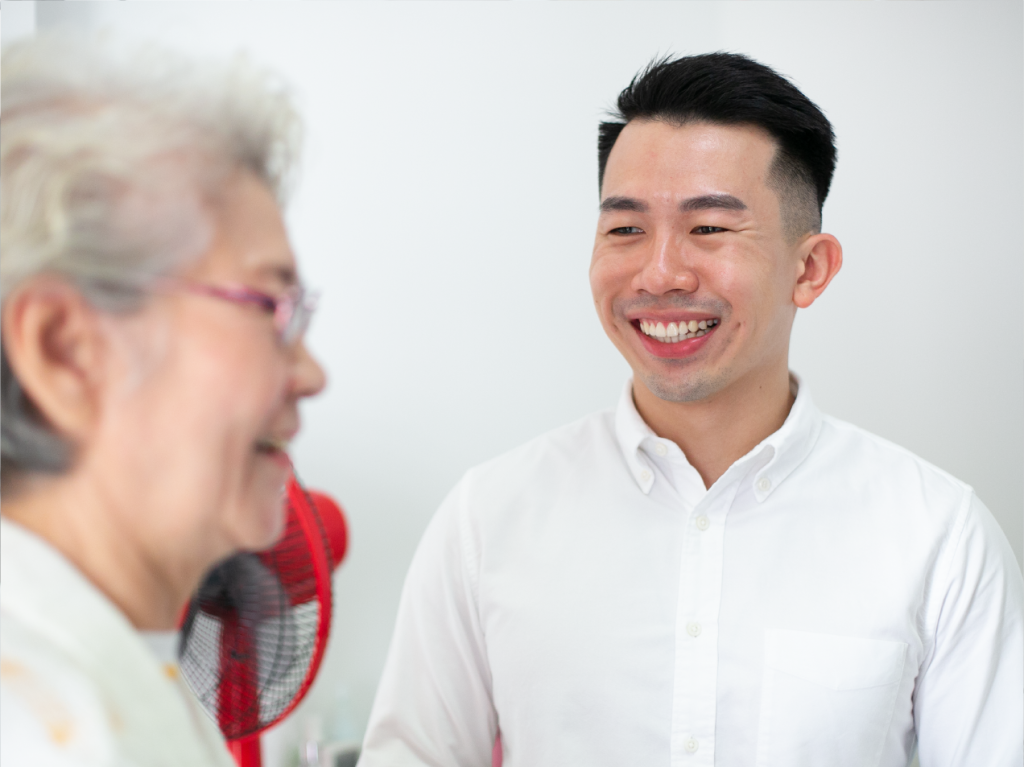 As an established agent with over seven years of experience in the industry, Ryan suggested that Mdm. Chu sell off her flat in the open market for cash, and purchase a brand-new (and subsidised) studio flat directly from HDB as part of the two-room Flexi scheme. Under this scheme, Mdm. Chu would be able to choose the length of lease between 15 to 45 years, thus making it much more affordable. 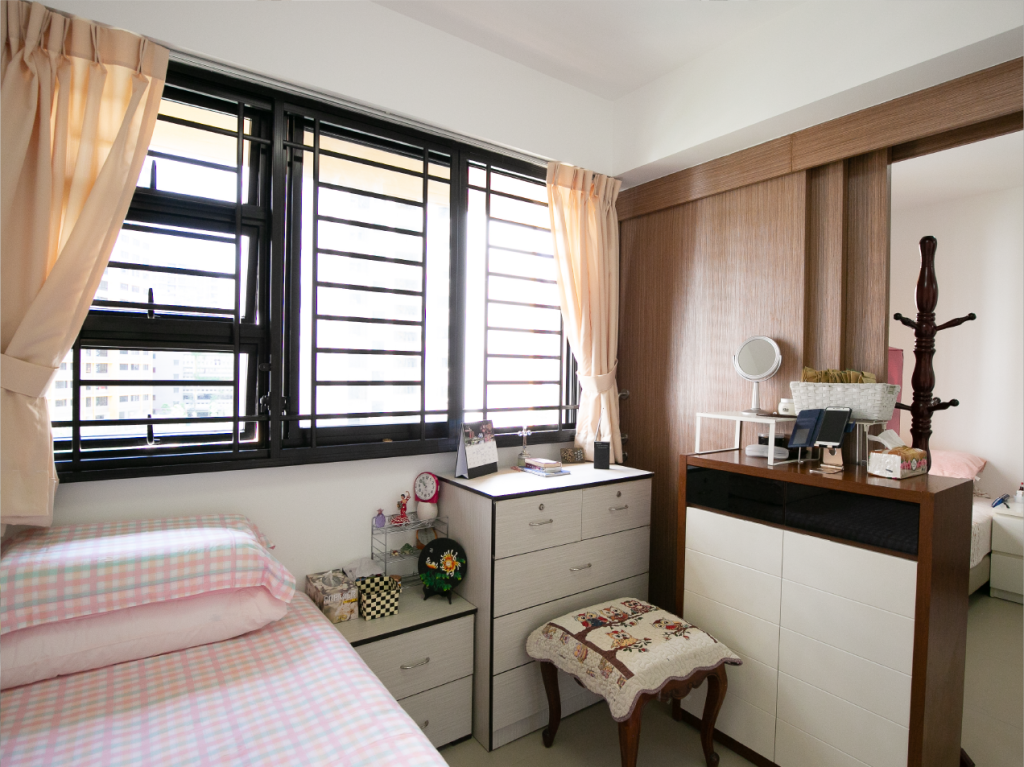 Family is Defined Not Just By Blood

Since their first encounter in 2017, a special bond has formed between Ryan and Mdm. Chu despite their 50-year age difference.

“I see her just like my own grandma,” says Ryan.

Following her scamming encounter, Mdm. Chu was initially sceptical about Ryan as he went out of his way to help her despite them having no prior relationship.

With a smile, Mdm. Chu says she is glad she trusted her gut and that Ryan “turned out to be very pleasant and capable”. She even recounts how he went out of his way to help her settle a payment issue with HDB whilst he was on his honeymoon in England.

“I was not at peace knowing the fees to HDB were not submitted,” she explains. “I called him, and he helped me to settle everything right away. I am fortunate to meet such a fantastic and responsible young man.”

Seeing as it might take a while before Mdm. Chu would be able to get a flat under the two-room Flexi scheme, Ryan suggested she secure a unit first before he helped her to sell her place. As Mdm. Chu still wanted to be in the Bukit Batok area, she was placed on the priority list and managed to get her unit in just six months.

With the aid and ease of use of PropertyGuru, which is Ryan’s go-to property portal, he was then able to put up the listing for Mdm. Chu’s apartment quickly.. In a matter of weeks, Ryan sold the three-room unit to a couple. 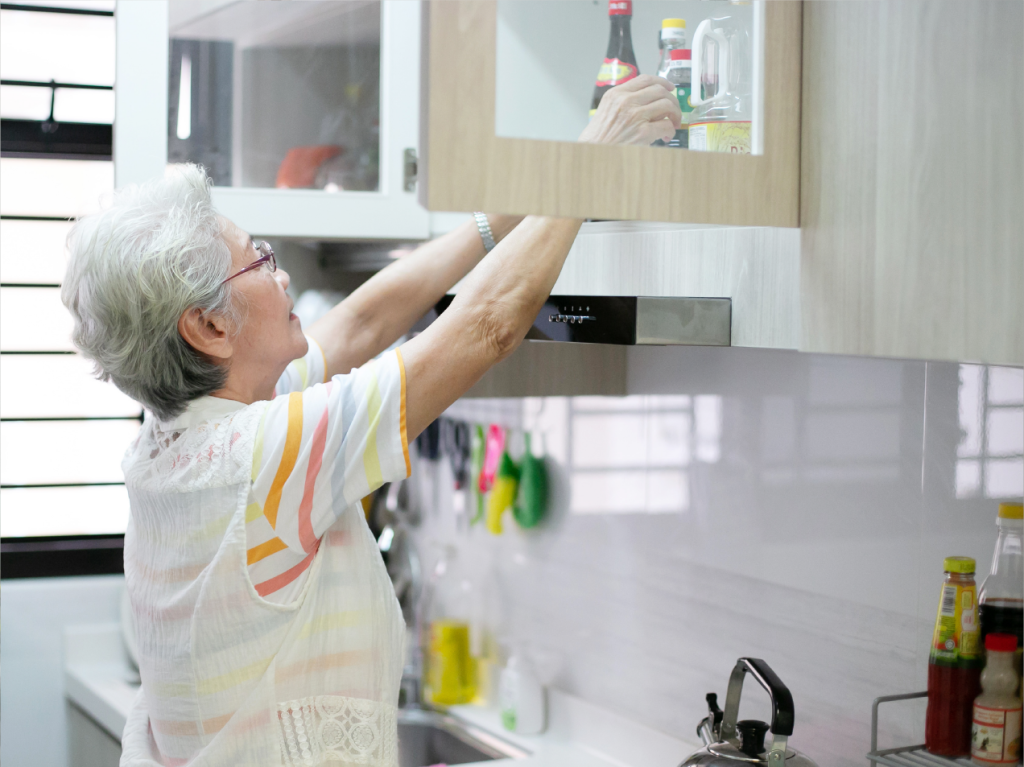 The Upside to the Downgrade

It’s been two years since Mdm Chu’s first call to Ryan, and she was finally able to move to her new home over a month ago.

While she loved the convenience her previous apartment offered as there was a market nearby, it could get pretty noisy as her flat was facing the main road. She is now most thankful that she can enjoy a good night’s rest every evening.

Furthermore, as a self-professed clean freak, Mdm. Chu is delighted that she no longer needs to spend as much time and effort to keep her home spick and span.

With a heart full of gratitude, Mdm Chu says, “Now, I lead a simple life, and I am very happy.”