The Singapore real estate industry has been hit hard by the pandemic, but that hasn’t dimmed the hopes of aspiring homeowners—private home sales hit an 11-month high in August, with the highest sales volume since September 2019.

Past trends have shown that sales tend to slow down during the Hungry Ghost Festival, but not this year. Analysts speculate that buyers could be looking to park their money in property due to the current volatility of the equity markets. Due to the circuit breaker early in the pandemic, demand has also been suppressed for several months and is now finding an outlet.

So, which launches were buyers flocking to in August? These were the properties that sold like hotcakes and drew the most interest.

According to Tricia Song, Head of Research for Singapore at Colliers International, “One of the reasons (for robust monthly sales) could be attractively-priced freehold project launches.”

“The strong sales in August pointed to yet-satiated pent-up demand, and confidence in the property market, which have gone against the worsening economic conditions and rising unemployment.”

City fringe areas such as Toh Tuck and Serangoon have proved popular with buyers.

It seems that the dour economic climate has actually pushed buyers to purchase, rather than exercise caution.

According to Lee Sze Teck, Director of Research at Huttons Asia, “Possible reasons for the strong set of numbers could be down to genuine buying demand generated by the low interest rate environment, lack of alternative stable investment assets and the fear of missing out.”

While developers’ sales and new launches have seen healthy demand, some home buyers prefer resale condos due to the lack of waiting time.

So which are the resale condos that people have been searching for?

The economic downturn has not damped property buyers’ willingness to pay for a central location, it seems.

A great many of the in-demand resale properties are located close to the city core, including Queens Peak at Queenstown, d’Leedon off Farrer Road and Marina One Residences in Marina Bay.

Projects in city fringe areas are also in high demand, and include Reflections at Keppel Bay and Caribbean at Keppel Bay, both located off Telok Blangah Road, Gem Residences in Toa Payoh, Sims Urban Oasis in Aljunied and Eight Riversuites in Boon Keng.

In fact, the only properties located more than 10 kilometres from the CBD are Parc Rosewood in Woodlands and Le Quest in Bukit Batok. 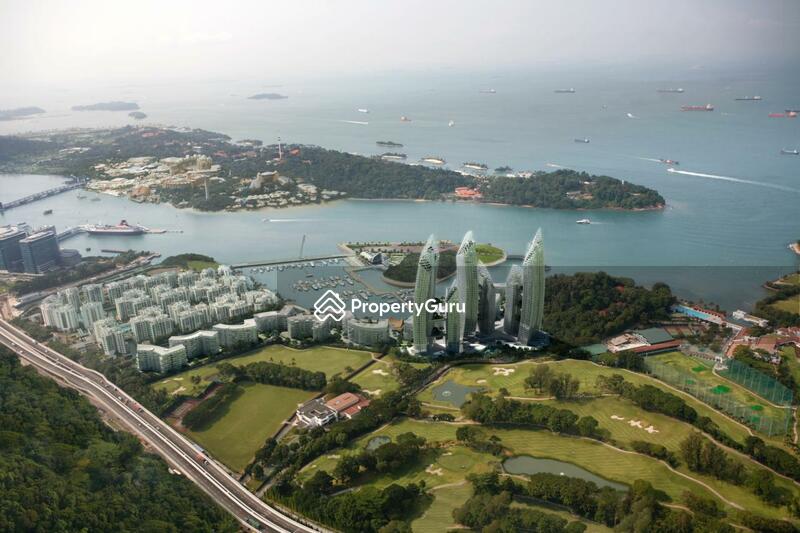 Located at Keppel, Reflections at Keppel Bay is for those who love the sea and have the budget for it. Considered a high-end development, the waterfront condo boasts a stunning facade in addition to a great location. There are six glass towers built to resemble beacons of light, and 11 low-rise blocks by the shoreline.

Facilities-wise, Reflections at Keppel Bay is impressive as well: there is an Olympic-length pool, an in- and outdoor fitness gym and station and a tennis court, among others. 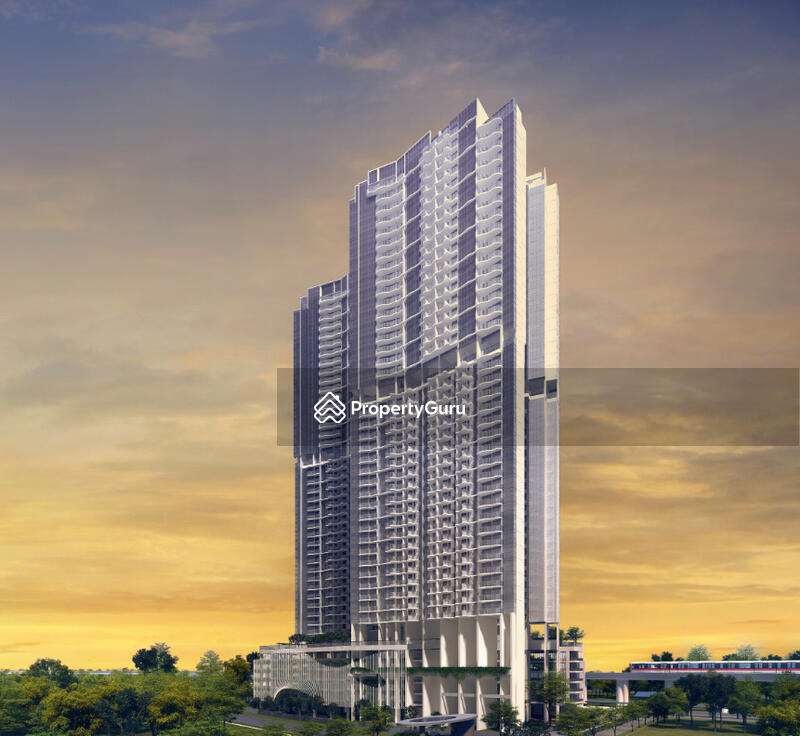 Queens Peak is located along Dundee Road in District 3, and as if just being opposite Queenstown MRT station isn’t enough, there are also plans to build a link bridge directly into the station. Queenstown MRT is on the East West Line (EWL), and goes directly to CBD areas like Tanjong Pagar and Raffles Place.

In general, Queenstown is quite a prime city fringe location—recently, HDB flats at Dawson Road even sold at over $1 million! (Read: Million-Dollar HDB Resale Flats in 2020: What’s So Special About Them?)

Although there aren’t many modern malls in the area, the nearest ones being Queensway Shopping Centre and The Anchorage, there’s IKEA Alexandra, which is a hit with  people of all ages. 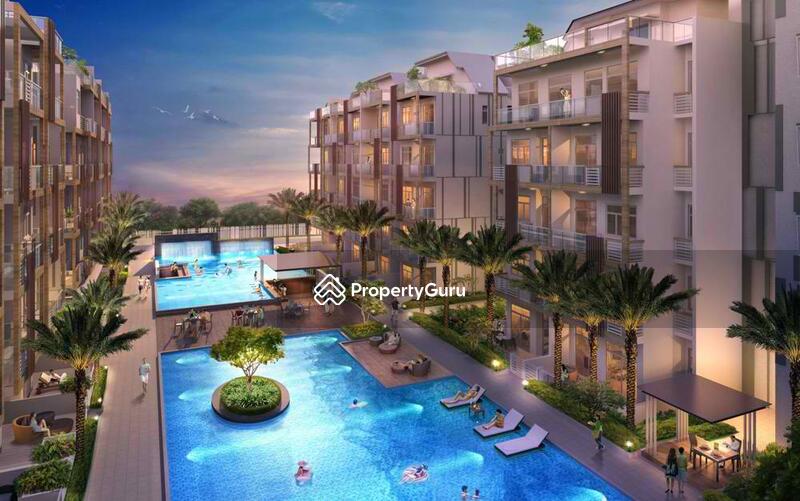 The area’s key amenities, including shopping mall Causeway Point and Woodlands Regional Library, are clustered around Woodlands MRT. The transport situation is a bit better for drivers as the Seletar Expressway (SLE) exit is located less than 1km away.

Despite Parc Rosewood’s distance from the city core and less-than-ideal accessibility, it has proven popular due to its affordability, with the price of units starting at just $500,000. For those on the lookout for condos near the city, d’Leedon condo is located right on the outskirts of a Good Class Bungalow enclave. It’s also a stone’s throw from Farrer Road MRT on the Circle Line. From there, Orchard Road and the CBD are mere minutes away. d’Leedon is also near popular dining and drinking spots at Dempsey Hill and Holland Village.

As it’s near the Botanic Gardens and Bukit Timah Nature Reserve, d’Leedon is also ideal for those who love nature. There are also eight retail units, which add to the convenience. For families, popular schools St Margaret’s Secondary School, Raffles Girls Primary School and National Junior College are nearby.

Gem Residences is one of the few condominiums located in Toa Payoh, on the city fringe. As you’ve probably already guessed, accessibility is great—there’s a side gate to Braddell MRT (on the North South Line), which is just 400m away. If you work in the CBD, it’ll take only about 20 minutes to get to City Hall MRT. Sims Urban Oasis is a luxury mixed-use development that combines condo living with shops and a childcare centre. The condo’s premium facilities include four swimming pools, one of which is perched on a sky terrace. 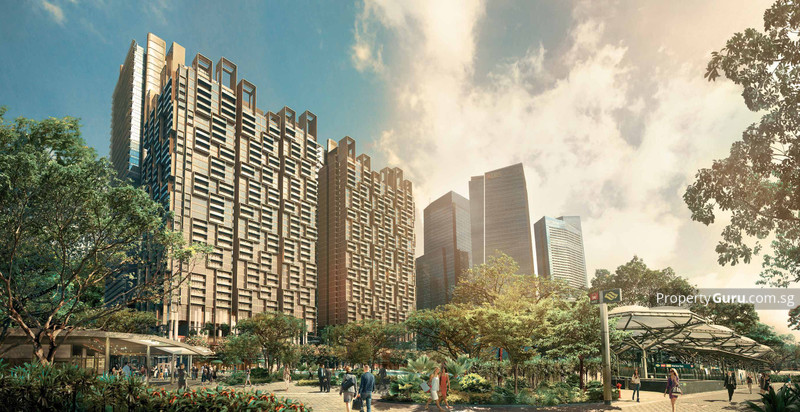 Marina One Residences is a luxury condo development in the heart of the fancy District 1. It’s right at the doorstep of Marina Bay MRT and Downtown MRT, and near enough to Bayfront MRT, Tanjong Pagar MRT and Raffles Place MRT. With close access to 4 out of 6 MRT lines in Singapore, Marina One Residences takes accessibility to another level.

Extreme convenience aside, Marina One Residences also has a stunning facade to match. It’s where the city meets nature—the modern residential towers are surrounded by lush greenery, and on the higher floors, residents can enjoy panoramic views of the sea, Marina Bay Sands and Gardens by the Bay.

As expected, this slice of paradise costs a pretty penny. Prices go up to $26 million, and even the smallest, one-bedroom units start at $1.6 million.

Browse Marina One Residences condo units for sale on PropertyGuru. 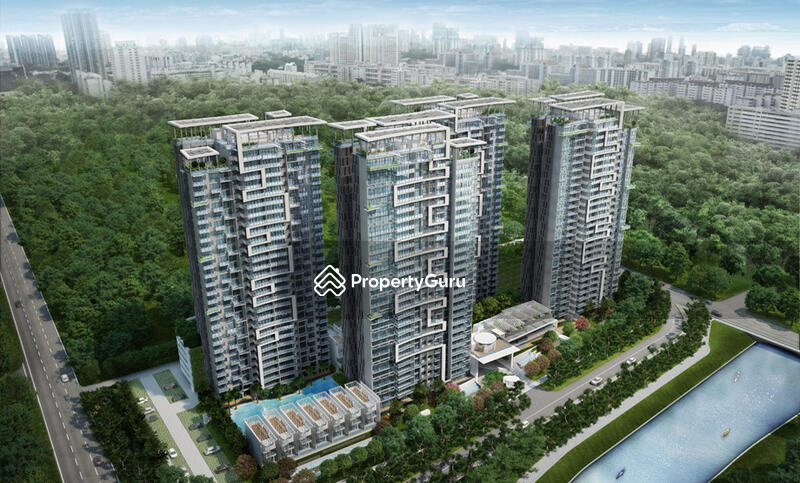 The condo’s location on the banks of the Kallang River and the Kallang Park Connector running alongside is another draw, given the current popularity of waterfront living.

The neighbourhood is also conveniently situated less than 6km from Little India as well as Kallang’s many sporting and leisure facilities. 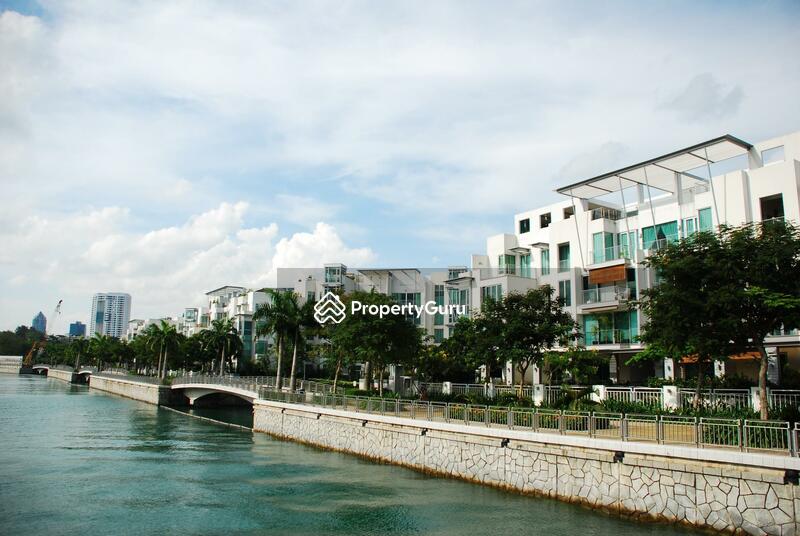 Caribbean at Keppel Bay is a luxurious, resort-style condominium in the Keppel Bay enclave off Telok Blangah Road. Other than a beautiful waterfront location, the project boasts premium facilities including ten swimming pools, three tennis courts and a gym.

The project is located a short drive from Harbourfront Centre and VivoCity, as well as reputable schools like CHIJ (Kellock) and Radin Mas Primary School. It also connects rapidly to the CBD via Telok Blangah Road and Keppel Road in about 15 to 20 minutes by car. 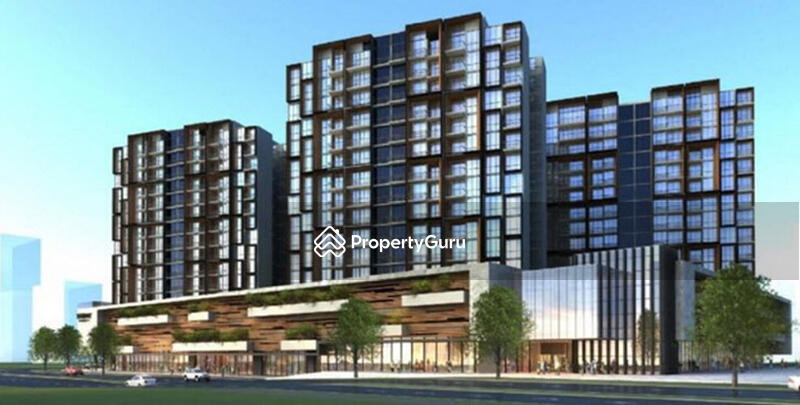 Le Quest is located in mature town Bukit Batok, about 18 minutes’ walk from Bukit Batok MRT. The mixed-use development will feature shops, a supermarket, a food court and a childcare centre.

The area’s main shopping mall, West Mall, is located next door to Bukit Batok MRT. Meanwhile, the Jurong East area, with its malls such as Jcube and Westgate, are less than 4km away.

Accessibility at the moment isn’t great, but when Tengah Park MRT on the Jurong Region Line opens in 2027, Le Quest will enjoy a bit more connectivity, as the new station will be located a manageable 14 minutes’ walk away.

In the coming years, the development of Tengah estate next door will dramatically change Le Quest’s surroundings. The government has plans to build 42,000 homes and develop a neighborhood with lots of green and sustainable features, access to nature as well as a car-free central zone. However, for residents of Le Quest, who can move in from 2021, that could mean years of construction taking place nearby.

For more information on anything and everything property-related, be sure to check out the rest of our property guides.

Are you looking for a new home? Head to PropertyGuru to browse the top properties for sale in Singapore.

Already found a new home to buy? Let PropertyGuru Finance’s home finance advisors find you the most suitable mortgage for your needs.