It was in 2013 when Paolo Lacuna relocated from the Philippines to Singapore for work. For two months he stayed with a friend in Sengkang while he worked to bring his family over. He was anxious to be reunited with his wife Cris and their daughter Robin, who was then just a toddler.

From the get-go, Paolo was very clear that he wanted to rent a condominium. He used PropertyGuru extensively in his search, “It stated the amenities provided, which schools were nearby, so it was very easy to shortlist and also compare prices. I could then contact the agent and schedule viewing the following weekend.”

READ: Buying Property In Singapore As A Foreigner

Paolo would send PropertyGuru website links to Cris for consideration as well. They even Facetimed during unit viewings so they could discuss in detail. The shortlisted properties had all the conveniences of supermarkets, malls, bus stops, and childcare close-by.

A new home together

While the unit they chose may have looked good on FaceTime, it needed a thorough scrubbing upon moving in. There were lots of other details to be considered as well. Since he was on a tight deadline, Paolo had no way to explore what each district in Singapore had to offer before deciding on Tanah Merah.  Cris recalls, “Even before we got here, he had already found the school.”

Having many friends and acquaintances in Singapore, Paolo and Cris had a realistic expectation in terms of their finances. Paolo shares the best advice he received, “I was told to keep the rent at one-third of my income.”

After staying for five years in Tanah Merah, Paolo and Cris moved to the Pasir Ris area to ease their daughter’s school commute and chose a bigger space to welcome their second child Casey who was born in Singapore. Paolo mentions, “There is a certain mobility in renting a place. It doesn’t tie you in”. However, the couple maintains a good relationship with their old neighbour since their kids often played together. Paolo says, “They would have playdates and we bring her (Robin) back to the old place.” Now they rent a spacious 4-room condominium that’s a few minutes walk to the Pasir Ris MRT.  And the couple is happy with the rent, thanks to negotiating with the help of their agent. “We have been very lucky with our landlord so far, we do not have problems at all,” Paolo says. 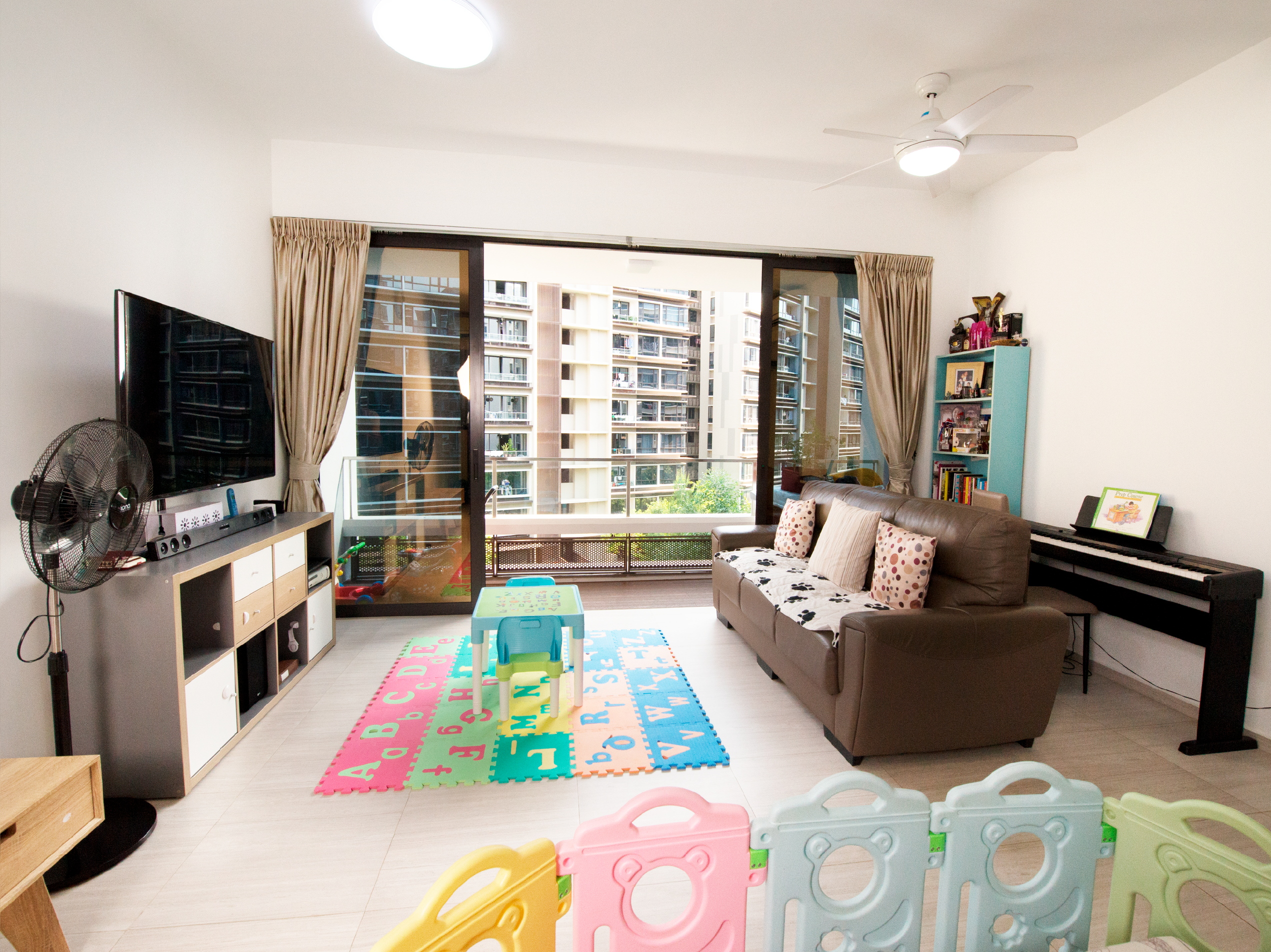 The unit is relatively new and came semi-furnished for their stay. The family now enjoys their time in the bedroom, where they set a projector against the white wall and watch their favourite shows. While still away from their country, the couple feels quite at home in Singapore. “Home is where my family is”, says Paolo, “it sounds cliche but as long as I’m with my family. That’s all I need.”

Read stories of other people and their home journeys, or find a home on PropertyGuru.