When the topic of en bloc in Singapore crops up, it’s inevitably accompanied by talk of how much money people can get out of the transaction. Oftentimes, being involved in an en bloc sale in Singapore is likened to a financial windfall as the financial compensation to homeowners can be huge.

It then hardly becomes surprising that potential en bloc sites are a hot topic among Singaporeans. The question on most peoples’ minds is likely about which properties are next in line.

But first of all, what exactly is “en bloc”, and why can it be so lucrative for those lucky enough to be involved?

En Bloc in Singapore: What Is It?

The term en bloc (also known as a collective sale) is French in origin, and means “in a lump, or block”, “as a whole”, or “all together”. In Singapore, the term is used to refer to property sales where residents of an older development agree to sell their homes at the same time to a particular buyer. It is also colloquially known as enbloc to some homeowners in Singapore.

Usually, this buyer is a property developer buying a private development, which is the collect sale type that this article will cover.

En Bloc Sales: How Does It Work?

En bloc sales differ from regular property transactions in terms of scale. In a regular transaction, you’re only selling one property to another individual at market value. In an en bloc in Singapore, the entire private development is sold when a large majority of the owners agree to the sale, and often for prices at higher than the resale market value.

The sale process can also take rather long, often up to two years for the sale to be finalised and for you to receive the sales proceeds.

Developers tend to purchase these properties at a premium, so if you bought your property some time ago when it cost less, you’re likely to walk away with a big profit.

Related article: En Bloc to Make a Comeback in 2021: A Look at 74 Past Unsuccessful En Bloc Sales

Previously a Housing and Urban Development Company (HUDC) estate, Braddell View was privatised in 2017. This development was put up for collective sale on March 27 in 2019 for a hefty $2.08 billion, but the tender ended in May without any offers. It was relaunched yet again on August 13 at the same price, but also failed to receive offers.

Many aspects of Braddell View make them appealing to developers. Occupying a staggering 1.1 million square feet, Braddell View is centrally located and near both Braddell and Caldecott MRT stations. There are also coffee shops, a wet market, and several schools in the vicinity.

Should the collective sale succeed, each owner could get between $2.04 million and $4.03 million, while commercial shop owners could get about $529,500 to $1.2 million.

However, it is uncertain whether developers will be willing to pay such a large amount, especially given property cooling measures like Additional Buyers’ Stamp Duty (ABSD) would mean they stand to pay hefty taxes. 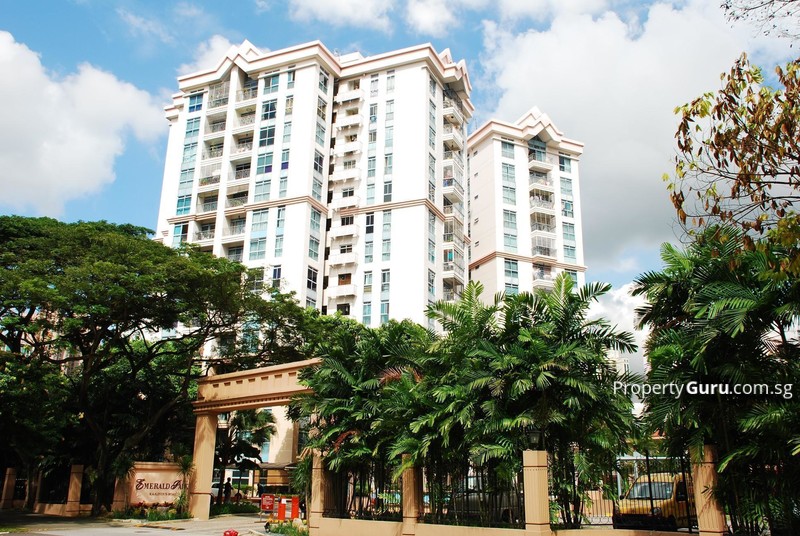 Emerald Park is a condominium along Indus Road, which is about a 10-minute walk from Tiong Bahru MRT.

It’s likely that many developers will be interested in the condominium given its favourable location. Emerald Park is in close proximity to central Singapore, including Orchard Road and the business district. Rumours have been circulating for quite a while about Emerald Park possibly being put up for en bloc. 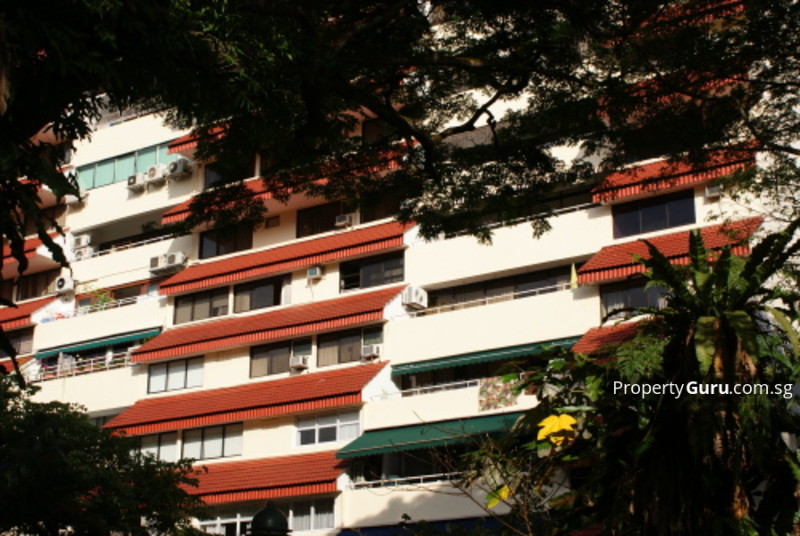 Hillcrest Arcadia is located along one of Singapore’s heritage roads, Arcadia Road in Bukit Timah. In 2011, residents tried to get a top-up of the 66-year remaining lease back to 99 years to conserve the ageing estate. However, their application was rejected by the Singapore Land Authority (SLA)

Similar to Emerald Park, Hillcrest Arcadia’s attractiveness lies in its proximity to Singapore’s central district. A number of eateries, reputable schools, and shopping malls are also in the vicinity.

Peace Mansions is a mixed development with Peace Centre, both occupying a considerable area of 76,617 sqft. Situated at a prime location, Peace Mansions is located at 1 Sophia Road, right next to the Civic District. Within 600 metres from four MRT stations, Peace Mansions is highly accessible via the Circle Line, Downtown Line, North-East Line, and North-South Line.

Peace Mansions has been up for collective sale several times, although previous attempts were unsuccessful due to insufficient approval from residents. However, a successful collective sale over the next few years could well be a possibility.

Why Do En Bloc Sales in Singapore Command so Much Money?

Since developers believe they can earn a tidy profit from en blocs, they aren’t averse to paying astronomical sums of money.

For example, if you’re living in an old gated property with low-rise blocks spaced far apart, developers can buy up the land, demolish all those blocks and build 30-storey towers in their place. They can then sell each unit in those towers for more money than it would cost them to acquire that land.

Since a collective sale requires most of the residents to agree to sell their homes, the developers have to convince them that it’s worth giving up their property and moving elsewhere. They do this by offering large amounts of money in the hopes that the residents will take up the offer.

En bloc offers in Singapore started slowing down ever since the government started implementing property cooling measures like Additional Buyer’s Stamp Duty (ABSD). Developers are now required to pay 30% ABSD, which is a huge sum, given that en bloc transactions can go over a billion dollars.

Here’s a table showing how the ABSD for entities like property developers has increased over the years.

How to Identify En Bloc Potential

While the chances of your home going up for en bloc may not be that high, you can still hope! Here are some signs that your property might have potential.

1. The Value of Land and Property in Your Area Have Gone Up Significantly

If you’ve noticed the value of the surrounding land and properties in your area going up sharply, this is one potential sign. If your neighbourhood is undergoing lots of development, such as a new MRT station, or a major transformation, you might be able to benefit from an en bloc.

The location also matters. Areas that are more central and well-connected via public transport have a higher chance to see more en bloc sales.

2. Plot Ratio: Inefficient Use of Land

The fact that HDB and condo sizes have been steadily shrinking over the years while the height of each block has risen shouldn’t come as a surprise. For developers, this makes more financial sense, since they can earn more dollars per square metre of land by building units in this fashion.

This means that old blocks or condo estates that don’t fully utilise their land area are attractive candidates for en bloc sales, as they can be demolished and turned into denser residential developments. If you’re living in a block of flats that has only 8 floors where there could be multiple 30-storey condo towers, it’s a tempting investment for a property developer.

3. Tenure: The Older Your Property, the Better the Chances

While most buyers tend to chase after the newer and shinier developments, they often forget that the older properties stand a chance at bringing great value too. Developers gravitate towards older properties to purchase and redevelop mainly for two reasons:

If you are one of those who have opted for an older development, good news – you stand a much better chance at having your property up for an en bloc.

4. The Property Market is in Good Shape

En bloc sales in Singapore involve a lot of money, so they’ll only happen if developers think they can profit from buying and redeveloping the land. The performance of the market will play a part in how often developers bid for new sites, and how much they’ll offer.

If the property market is in good shape and the development you’re staying in ticks the previous indicators mentioned, there’s a chance your property might be headed for an en bloc sometime down the line!

Related article: En Bloc: Hitting the Jackpot, or More Trouble Than It’s Worth?