Shaun and Natasha first met more than ten years ago when they dated a few times and then, like many young couples, eventually drifted apart and lost touch. Shaun, a freelance personal trainer, settled down and had a son. Natasha, a primary school tuition teacher, focused on her studies and work.

As the years passed, Shaun would divorce and occasionally think back to happier times. It was while combing through Facebook that they would find each other again. This time it was for keeps, and Natasha soon moved into Shaun’s apartment on Hume Avenue.

But Natasha wasn’t alone. She arrived with her two cats – Google and Yahoo – as well as her dog Shadow. Shaun didn’t mind though. He had two cats of his own – Patches and Tigger.

Now, suddenly a family of seven, they embraced their second chance at a new life.

It was about a year later when the landlord called with some bad news. The two-year lease was up, and he wanted to hike the rent from $2,200 to $3,100.

It was time to move. 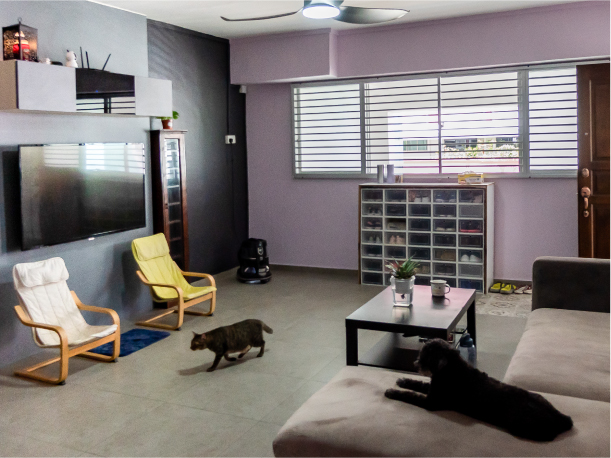 For Shaun, this wasn’t something new. Following his divorce, he had moved often. After his flat in Sengkang he rented a place in Siglap with his parents, and then an apartment in Tampines.

“It was difficult because landlords didn’t want pets in the house,” he recounted of that time.

Now he was moving again but this time, together with Natasha and their furry dependents, they wanted something perfect. Something permanent, a home they owned. Being close to an MRT station was a priority for Natasha, who according to Shaun, “doesn’t believe she needs to take a bus to take an MRT.”

“The MRT must be nearby enough to take a five to seven-minutes walk. Anything else is too far,” Natasha insisted.

As for Shaun, being a father meant he wanted to be closer to his 10-year-old son in Pasir Ris, which was more than an hour away by public transport.

Shaun meets his son every Sunday to play frisbee or football, or “go nuts” playing games on the PlayStation, so they narrowed down their search to Pasir Ris and Tampines.

Looking to live in the eastern part of Singapore? Find resale flats for sale in Tampines on PropertyGuru now.

Amenities were another key consideration.

Their apartment on Hume didn’t have an ATM nearby, which led to incidents like taking a taxi to an ATM, asking the driver to wait while withdrawing money, and then returning home so they had cash to pay the bus fare. 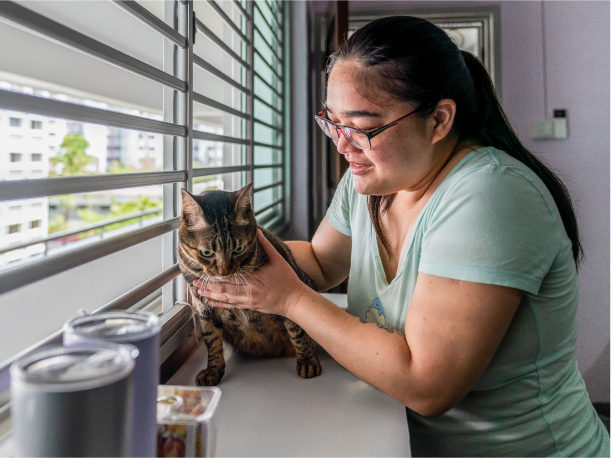 Shaun and Natasha turned to PropertyGuru for help. The search filters allowed them to zero in on location, price, type of flat and amenities. The online portal was heaven-sent for Shaun, who could finally ditch his old-school method of scouring the “newspapers”.

It was love at first sight when they found their current home in Tampines, taking just 10 minutes to realise they had found what they were looking for.

“It was the feel of the place we liked. It felt homely.” They both said.

The home ticked all of their boxes, and the size of the unit was ‘purrfect’ for their four cats and a dog. 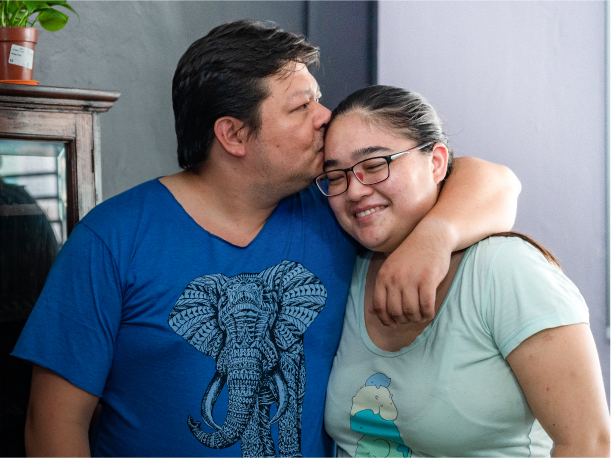 It’s been quite a journey for Shaun and Natasha, from first meeting more than a decade ago, to going their separate ways, school, work, and divorce. Even after finding each other again, they had continued to face struggles.

They were forced to leave their Hume apartment within a month, lost their deposit and had to find a home for five pets. But when asked to look back on their experiences and offer advice to people just beginning their own journey, Shaun was adamant about one thing.

When it comes to furniture, never buy cloth or fabric.

“They,” he said, nodding toward the furry family members who have followed them everywhere, “will destroy everything.