Ulu Pandan is not as remote as its name implies

‘Ulu’ might mean ‘remote’ in Malay, but this particular region was once one of the larger districts in Singapore. It stretched all the way from Bukit Timah to Pasir Panjang, but is now reduced to a sub-zone of Bukit Timah.

A brief history of Ulu Pandan

You’re probably wondering, “What’s up with the name?”

While ‘Ulu’ is a Malay word for ‘remote’, there is actually a variation of the word that means ‘upstream’. ‘Pandan’ came from the screwpine trees in the area, otherwise known as Pandanus. 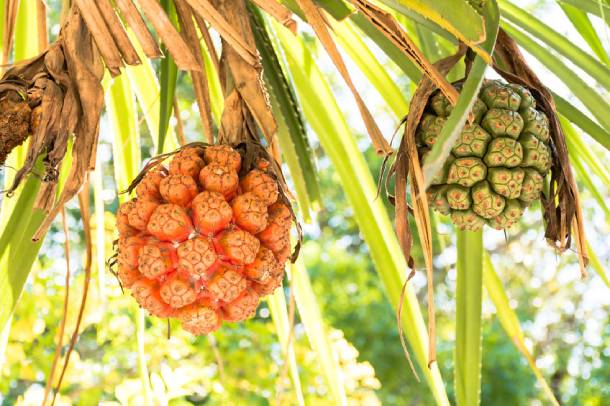 The fruit of the Pandanus trees.

Back in the 1920s, Ulu Pandan started out as swampland. It was occupied by the Malays, who fished for prawns and crabs along the river for a living. They also grew various types of tropical fruits such as coconuts and bananas. Later on, Javanese immigrants would arrive in the area and settle down alongside them as fishermen.

These settlers would then go on to convert 1,000 acres of mangroves into prawn ponds, which had an output of 40 tonnes of prawns annually. The prawn ponds no longer exist, and the neighbourhood remained largely peaceful until an ‘illegal’ farm was discovered in 2012. It wasn’t illegal because of marijuana or the like, but simply because people were growing bananas on government land.

When the Gurkha regiment was established in Singapore, military camps were built in Ulu Pandan to house them. These camps would later go on to house the 1st Singapore Infantry Regiment (1SIR) as well. Currently, the district is an affluent residential area, comprising mostly of condominiums and landed property. Some of the more well-known examples are King Albert Park Residences and The Hillford.

Where is Ulu Pandan?

Ulu Pandan is situated near Bukit Timah, somewhere between Clementi and Holland. The place is considerably more ‘upper class’ compared to the rest of Singapore, given that it’s surrounded by uptown landed properties and condominiums.

More landed properties/condominiums are set to be developed in the future, such as Daintree Residences, which will be completed in 2021.

If you’re thinking of staying in Ulu Pandan, you may also be interested to check out Mayfair Modern, which will be completed in 2024.

The variety of food and groceries you can find around Ulu Pandan are almost as exotic as the area’s name.

Where to eat in Ulu Pandan

There are a few restaurants in Ulu Pandan, such as E-Sarn Thai Cuisine, Poulet Vous Rotisserie Chicken, and Stirling Highway. There’s even Valle, a neighbourhood bar with a huge variety of international beers.

The French Ladle, located within Pandan Valley Condominiums, offers set menus featuring French cuisine. Classics such as bœuf bourguignon and confit de canard can be found here, and the restaurant even offers event spaces for weddings, corporate gatherings, and birthdays.

For those pining for Singaporean flavours, Ghim Moh Market and Food Centre is just a short distance away. Guan Kee Fried Kway Teow is one of the local favourites, with consistently long queues snaking around the hawker centre.

Despite serving only three dishes, Heavens Indian Curry deserves a notable mention. The store is famous for its Appam, a fermented milk/rice flour pancake, but they make putu mayam and thosai as well.

Where you can get groceries

There are many places to go grocery shopping; a Cold Storage, Fairprice and Sheng Shiong can all be found in the area. Pine’s Mart deals with groceries and other useful appliances such as printer ink.

If you need luxury ingredients, you are in luck. There are many boutique stores that specialize in gourmet items in the area, such as Ridgewood Gourmet. The family-run store prides itself on delivering superior quality BBQ food at reasonable prices, all without fillers or preservatives.

One of the key benefits of living in Ulu Pandan is its proximity to NUS. If you were to take a bus, the small estate is located about 30-40 minutes from NUS. NUS is not the only school nearby, however: Ngee Ann Polytechnic and Singapore Polytechnic are both a fifteen-minute bus ride away.

If you wanted to live near an academic site, properties in Ulu Pandan are one of the most convenient ones that you could ask for. Apart from NUS, Ngee Ann Polytechnic and Singapore Polytechnic, there is also Henry Park Primary School and Nexus International school. The latter provides education from Primary levels all the way up to International Baccalaureate diplomas, making it ideal for continuous, uninterrupted education.

What else is there around Ulu Pandan?

Ulu Pandan puts you within cycling range of Holland Village, which is filled with a wealth of niche restaurants and charming bars. There is no lack of nightlife in Holland Village, and you could easily head home after a late night out. If you feel like you would enjoy living close to a wide assortment of bars, you could check out properties such as Parksuites or The Enclave, both of which are situated along Holland Road.

Ulu Pandan itself preserves much of its rural ambiance, despite its proximity to the city centre. There is even an overgrowth that covers the old train tracks leading into Malaysia (Ulu Pandan Depot). If that wasn’t enough, Bukit Timah is also a short distance away, which gives residents access to even more greenery. The Botanical Gardens, Bukit Timah Nature Reserve, Macritchie Reservoir – there is no shortage of scenery for the inhabitants of Ulu Pandan.