Waterloo Street is a one-way street that runs from Stamford Road to the Rochor Canal at Rochor Canal Road. It’s home to a great variety of religious buildings and organizations dedicated to the arts. It also happens to be one of Singapore’s oldest streets.

Although there isn’t much shopping to be done here, Waterloo Street still has plenty to offer. Many facilities here are rich in educational value, such as museums and contemporary dance studios.

What’s the history of Waterloo Street?

Waterloo Street was initially named Church Street after Thomas Church, the resident councillor of Singapore from 1937 to 1956. As another Church Street already existed near Raffles Place, the municipal council renamed the street in 1858.

The current name was chosen to commemorate the Duke of Wellington’s victory over the French during the Battle of Waterloo. Nobody is sure why they chose to name an Asian street after a battle that happened in Europe in 1815, but the name stuck. In Singaporean fashion, however, the various communities that lived along Waterloo Street would soon develop their own names for it.

The Chinese had two variations for the street. One was “Mang-ku-lu chai-tng koi,” which literally translated to “the street in Bencoolen with the vegetarian hall” in Hokkien. The other was “Kun-yam miu chai-thong,” which means “the vegetarian hall near the temple of Kum Yam” in Cantonese. In Tamil, Waterloo Street was known as “Krishnan kovil sadakku”, which means “street of Krishnan Temple”.

Today, Waterloo Street forms part of the Bras Basah-Bugis Precinct, located within the city centre. It remains well known for its tolerance of multiple different religions, as well as a vast variety of contemporary art institutes.

If you enjoy being near the arts, you can check out nearby upcoming properties such as DUO Residences.

What are the establishments along Waterloo Street?

Singapore is well known for its multi-cultural and multi-ethnic society, and Waterloo Street is a shining example of this. The street is filled with many religious buildings, such as Kwan Im Thong Hood Cho Temple, Sri Krishnan, Maghain Aboth Synagogue, and the Church of Saints Peter and Paul. Methodist Church, which used to stand at the junction of Waterloo Street and Middle Street, was relocated to Kampong Kapur in the 1920s.

In the 1990s, various art organisations began to appear in Waterloo Street. One of them, The Dance Ensemble of Singapore has been promoting contemporary Chinese Dance since 1993, and has grown to include over 700 students and 8 full-time instructors. 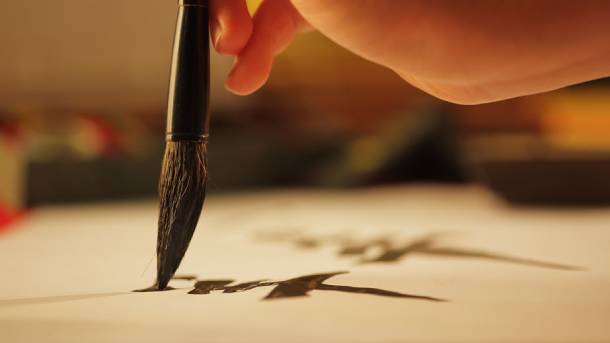 You can take calligraphy lessons over at Waterloo Street

Another notable establishment would be the Chinese Calligraphy Society of Singapore, founded in 1996. They offer lessons for both children and adults, and occasionally plays host to other local and overseas calligraphy organizations.

On the other end of the street lies Singapore Art Museum (SAM). Opened in 1996 as Singapore’s first art museum, SAM is now a contemporary art museum that hosts several acclaimed art exhibitions.

Already thinking of renting a place near Waterloo Street? Why not see what’s available?

What’s there to do around Waterloo Street? 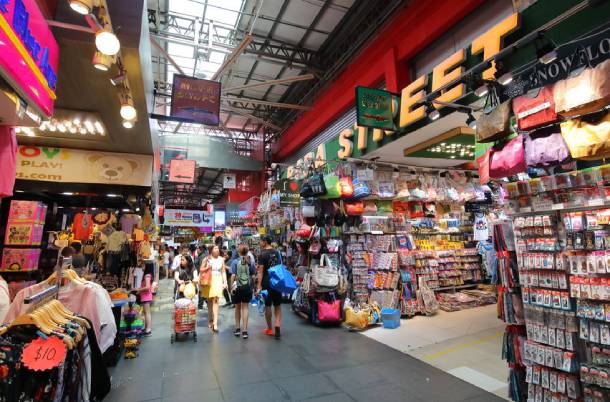 Bugis Street has plenty of souvenirs and gadgets

Waterloo Street is located beside Bugis, which is filled with dozens of eateries and retail stores. Today, Bugis street market remains one of the go-to places for bargain hunters and shoppers in Singapore.

For those who enjoy air-conditioned malls and restaurant fare instead of street food, Bugis Junction will be the place. Plenty of stores can be found inside the mall, including well-known names like EtudeHouse, Fred Perry, and Under Armour.

A multitude of food stores can also be found here. Liang Sandwich Bar, which is endorsed by the Taiwanese King of Pop Jay Chou, serves delicious flaky scallion pancakes. These pancakes can be customised to fit your preferences; aside from the plain versions, they also have chicken and tuna options.

Monster Curry is another crowd pleaser that will favour those who enjoy spicy food. True to their name, their dishes are extremely value-for-money – dishes are 34cm across and filled with fresh ingredients. They pride themselves on their demi-glace curry sauce, which is thick, flavourful, and savoury with just a hint of sweetness. With five different levels of spiciness to choose from, Monster Curry is sure to please any spicy food lover’s palate. The colourful Haji Lane is filled with cafes and bars

Haji Lane is another favourite haunt of many Singaporeans. In the day, Haji Lane is filled with bright cafes and boutique stores that offer everything from trinkets to clothes. At night, pub crawlers frequent the streets, which come alive with the many bars in the area. The Singapura Club is an interesting bar that serves local-inspired cocktails such as the Sucati, a sugarcane martini garnished with an orchid.

Perhaps the most popular halal cafe in Haji Lane has to be the hipster cafe known as I Am. Inspired by Amsterdam, they serve hearty dishes such as sandwiches, pasta, and their signature item: burgers. While you’re in the area, be sure to try their Instagram-worthy Classic Rainbow Cake.

If you are planning to live near Waterloo Street, you may be interested in the City Gate apartments.